Now What? The Aftermath of the 'Manic Pixie Dream Girl'

Here is a bit about me: I am an open, excitable, creative AFAB who is also moderately attractive. I have a unique sense of personal style and a personality that on the surface can only be described as “bubbly” and “quirky”. For this reason, dating is a nightmare.

To be sure, I do not have a hard time finding dates or potential suitors. The problems arise when said dates spend some time with me and decide that I am a rare specimen, and the connection they feel with me is “unlike anything they have felt before”. Then, things go one of two ways.

Either a) they decide I am too high maintenance and no longer palatable, or

b) they choose to never look further than the surface and are content to date the idea of me rather than the real me.

There is something rather interesting, perhaps funny, about my situation. It is in no way unique. I have met so many people who constantly dealt with the same problem. Even funnier still, is the fact that there is a trope that simultaneously victimizes and understands us: the Manic Pixie Dream Girl (MPDG).

To be clear, while this trope was coined in 2007 by film critic Nathan Reuben, it has existed for decades. To simplify it, the Manic Pixie Dream Girl is essentially a unique and alluring female character who exists in a story as a way to further the main character, usually a surly, jaded man. Examples include Susan Vance in Bringing Up Baby, Holly Golightly in Breakfast at Tiffany’s, Alaska Young in Looking for Alaska, Margo Roth Spiegelman from Paper Towns, Ramona Flowers from Scott Pilgrim Versus the World, and Trillian from Hitchhiker’s Guide to the Galaxy. 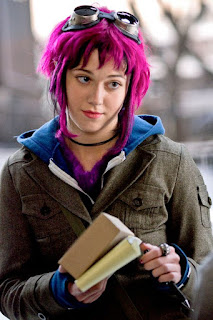 Sometimes examples become complicated, the MPDG is often times more defined by the purpose she serves in a story than her actual characterization. For instance, I would argue that Summer from 500 Days of Summer actually does fit the trope because while she is allowed depth and nuance, it is not given full attention unless it overlaps with the movie’s protagonist. Emma, from Glee, is allowed to be complicated as long as said complicated traits allow her love interest, Mr. Shue, some form of growth.

There is, additionally, something damning about the way that culture reduces these strange, silly female characters. Whether or not the media from which they originate allows them depth, sometimes the audience misses the point (a la Fight Club). It is entirely too common for the audience to slip into the same position of the protagonist, to delight in the charms and surface-level traits of these women but criticize them as soon as they exhibit something more complex.

Even worse, this trope has created real-life repercussions for people like me. The unconventional approach to life, the charmingly odd personality, the lack of social cues, brutal honesty and the intriguing style of dress are all parts of the MPDG that can more often than not overlap with autistic women. This is not a new concept, and nor is the realization of how harmful the MPDG trope is for autistic women.

“…Neurodivergent and AFAB individuals have noticed this weird resemblance”, says Zach Weisheit. “The Manic Pixie Dream Girl ends up feeling like the infamous romanticization of autism.”

However, with this established, the individuals harmed by it are left wondering what to do with this information. It has already leaked dating culture and how neurodivergent people are perceived within that culture, as I can personally attest. It creates a strange phenomenon in which neurodivergent people can relate to the trope but also are related to that trope in an undeniably negative way. Now more than ever I dread the inevitable “you’re unlike anyone I’ve ever met”, the “you’re so unique”, the “you’re so different”, and the (perhaps back-handed) “I don’t usually go for people like you”. Although I know they are intended to compliment, I also know that they all lead to the same place of willful misunderstanding which then leads to me becoming a concept, my humanity long since forgotten.

It is, to put it lightly, an upsetting phenomenon. I think of how my problems in past relationships were treated, as somewhat endearing as long as they were convenient. For this reason, I often wonder if this is how Clementine from Eternal Sunshine of the Spotless Mind felt, and mourn the fact that we never see her side of the story. 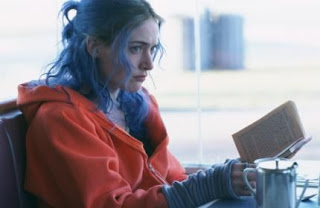 So if we are all too aware of this trap that leaves the question, what can be done about it?

For the femme and female born who have already been victimized, how do we stand up for ourselves? Is every date to be prepared for like a battle, arming ourselves with the knowledge that we may be entering into a space where our personhood becomes null and void? Are we to continue on, hoping that eventually, the age-old trope will die? Or is it even on us to begin with?

There is only one thing to be done: uplift the stories of the Ramonas, the Clementines, the Summers, and even the Alaskas. If they are not fleshed out enough in the narratives of their male counterparts then it is time they received narratives of their own. We see women like Maeve from Sex Education (and not to mention the other women in the series) show us how she is more than just the one who got away. She may be perceived as a free-spirited, subversive, loner, but is given layers upon layers to her own story. We see fantastic autistic representation in women like Matilda of Everything is Going to be Okay, where her lows are given equal attention to her highs. We see women like Fleabag refuse to be defined by any one person, let alone a love interest as she manages to find her way. There are so, so many compelling examples, and if they keep being made and given attention, they can help give us the representation we deserve.

And maybe, just maybe, they can change the way society chooses to perceive us. 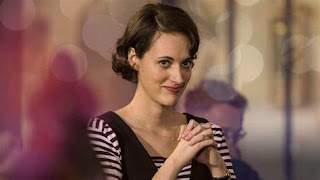 If you enjoyed this discussion, here are some media ideas to fuel your need for female-focused and lead content. Aside from the titles mentioned above here are some...

- But I’m a Cheerleader (for those of us who want to see the cool, edgy, alluring girl end up with another girl)

- Everything, Everywhere, All at Once (for those of us who want to find power in our messiness)

- Broad City (for those of us who want to feel like our quirkiness is for us, not others)

- Euphoria: Special Episode Part 2: Jules (for those of us who know that our unique style is so much more than pretty)

- “We Can&#39;t Talk About That Right Now” (for those of us that enjoy honest, funny, day-to-day conversations with eccentric women)

- “Rookie Mag Podcast” (for those of us that appreciate all perspectives from artistic, interesting women from all walks of life)