1. How did you meet each other and what's the story behind your band name?

L: I've known Hells for years now! We met through a love of beer and music (we were also in a band before Blóm called Tough Tits haha). I met Eri through work! And we've known each other for years now too.

2. Which artists inspire you?

3. I know you have a heavy focus on reimagining the music landscape to be more inclusive - how do you try to do this within your music?

L: I think it's probably quite organic and as we all have a mutual moral standing.

H: I think it's first and foremost, a cathartic outlet for us all, but yes, I would like to see more diversity within the music industry, on stage and off. I hope the acceptance of Blóm is based on the music we make, but I also hope our presence is a conversation starter - I would like people to start asking themselves; Who makes the music I listen to? Can I diversify the artists I am listening to? Are these spaces I got to inclusive? Why would a gig space feel unsafe or uncomfortable for some people? How can I help?

4. How has your experience been as a band of female, transgender and non-binary members in a male-dominanted industry?

L: Mostly pretty good. Better than the last band me and Hells were in. But there have been a few downfalls here and there. On a whole it seems to be getting better. And writing pronouns on tech specs tends to help.

H: Yeah, things are a lot better now than when me and Liz first started playing gigs; I don't know if that is because we have grown in confidence and are better communicators now, or because the 'industry' has changed? We try to assert from the off what everyone's pronouns are (from liaising in the advancing stages). If anyone was being made to feel uncomfortable, we're there for eachother.

5. Do you think there has been a gender imbalance in the music scene? And if so, what can we do to reduce that imbalance?

L: There's a pretty big imbalance in the scene we play most of our shows in. A lot of cis men - the women and gender non-conforming people in the scene tend to be big personalities though. You kind of have to be.

H: Undeniably, but I often think that the majority of white cis men dominating spaces, and working behind the scenes, don't recognise there is a systematic problem.  Why would you see any problems if it's all you've known, and you've never experienced resistance? Loads of social spaces (and work spaces) are gendered. If people don't feel alienated by their surroundings, they won't question it, until they start paying attention to what's happening outside their own bubble. To reduce the imbalance people need to look beyond themselves, and past their own privilege.

6. Are there any local creatives (musicians/artists/filmmakers) you urge us to check out? 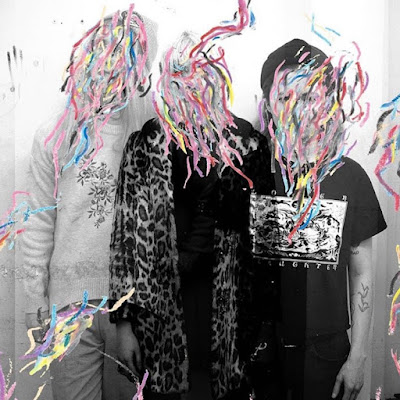