Having been brought up at gigs, going solo to every gig I possibly could by age 13 and whilst working at the O2 Academy - I’ve seen a lot of harassment. In fact, sometimes part of my job is giving out flyers to people coming to shows at the venue, which many people seem to interpret as me flirting - they try to hug me or go in for a kiss: an unnecessary response to my free flyer. Physical or not, women are often made to feel sexualised or uncomfortable. This is proven by the February 2018 England and Wales Crime Survey which found that one in five women have experienced sexual assault since the age of 16. We should be taught what consent is and what is not rather than trying to implicate dress codes - especially when outfits are an unconvincing reason for the likelihood of assault. Concerts should be about togetherness.

Due to these uncomfortable and unsolicited situations happening at most concerts, initiatives are beginning to be set up and taken seriously. For example, GigSafe, a project in Glasgow giving advice and campaigning to keep vulnerable groups safe. GigSafe helps to prevent harassment at live events - sexual or discriminatory. They have set up approachable desks at the live music venues in Glasgow so that they can provide a friendly face and someone to talk to about any personal safety issues you face at a gig.

Moreover, Good Night Out is a campaign that trains staff how to understand, prevent and respond to sexual harassment and assault in nighlife venues. They believe nights out should be about fun and freedom, not fear, and have already trained 2,641 workers in 185 venues since 2014. Initially beginning in London the project has become national. While this training shouldn’t have to take place - it's the first step in reducing the issues we are facing. Nothing happens instantly and creating this type of learning is how we can reduce the likelihood for the next generations. Education on consent and sexual harassment is the only way that these issues can begin to be reduced and to remove the acceptance that these things will happen at gigs.

Based in Leeds is Hands Off Club, a team that aims to tackle the normalisation of sexual violence in clubs, pubs and bars by educating staff onn how to spot and deak with sexual harassment and assault. They have surveys on their social media that allow them to understand both the severity of the issues they’re tackling and how people want them to be tackled. As well as this, they have resources made up of helplines, articles and videos about sexual harassment on nights out.

As part of the new project Called Out, Tits Upon Tyne have also begun to make steps against drink spiking. While women should have freedom of choice of who they do or do not go home with on a night out yet for many, that’s not the case. Data obtained through Freedom of Information requests show a 108% increase in drink spiking since 2015. While there is an unspoken rule about “pulling” on a night out, these behaviours shouldn’t be accepted. Nobody is owed anything - especially not someone's body. Due to these alarming statistics, Tits Upon Tyne have created beer matts that have hand punched holes that are the perfect size to fit a straw in. This ingenious creation means that the beer matts can be put on top of a drink to reduce the likelihood of spiking by making the process increasingly difficult.

However, this is only a brief discussion and there are many more campaigns I haven’t even touched on and further to find out about the ones I have. Hopefully you can take from this a little bit of optimism. Some positivity in a world that feels more and more claustrophobic and depressing. 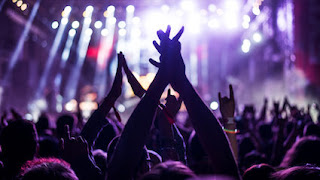