I would actually say my greatest experience as a musician has been seeing my progress in music. I've been singing and playing the piano as early as 5 so it's genuinely been amazing to see myself growing into a musician and artist I'd hope 5-year old me would love!

I take inspiration from many artists! I'd say my main inspirations would be Jeff Buckley, John Martyn, Erykah Badu and Maynard James Keenan

I have noticed quite a large gender imbalance in music. I think my main issue is wording like 'female fronted' or 'female producer' etc. It seems in the music industry being female and not just being a stand-alone singer is something out of the ordinary. I would also say there needs to be so much more female representation at festivals! There is such an amazing range of female musicians and artists of every genre that I would love to see in the mainstream.

I actually think the music industry has been a safe haven for POC. In the same breath, POC has also been marginalised and put into a certain category. You could say it's self-imposed or you could trace it back to a history of POC only being seen as entertainment. Either way, as much as I'd say I fully think POC are thriving in the music industry there can always be room for improvement and inclusivity.

All I would say is I hope that it does. I'm still up and coming so I really do hope movements like this ensure that people will be treated with respect and decency. I encourage everyone to stay focused on change. Keep educating yourself. Basic humanity shouldn't be up for debate really. I think everyone should be striving towards a better, more accepting, generous and kind world. 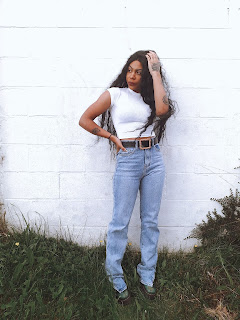