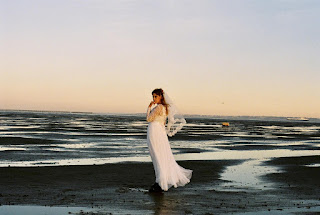 The new music video from Natalie Shay, entitled “Naked”, illustrates the breakdown in a relationship - knowing you have interest elsewhere but struggling to let go for the fear of being alone.

To date she has collectively amassed hundreds of thousands of streams, with her music being placed in Spotify’s New Music Friday playlist in ten countries. Shay has garnered acclaim from the likes of Billboard, American Songwriter, Hollywood Life, The Line of Best Fit, Clash, Earmilk and LADYGUNN to name a few.

Natalie Shay is a 21 year old indie pop/rock artist hailing from North London. The multi award-winning musician has established an ever-growing presence, media acclaim and a loyal fanbase through her explosive live performances and viral-worthy anthems, recognising her as one of the UKs hottest emerging talents.

Combining her youthful and charismatic aura with her classical training and time spent at the prestigious BRIT School, Shay has finessed the ability to produce undeniably catchy music, whilst maintaining a musical maturity. Compared to the likes of Haim, Little Comets and Fickle Friends, the Londoner has absorbed a similar energy and dynamic within her new music.