How Female Identity is Represented in the Modern Horror Renaissance

The existence of women in horror is far but a new notion, with a plethora of horror stories birthed from the span of abject realities of womanhood throughout countless eras. Many instances consisting of utilising womanhood as a prop for trauma porn, and some concepts existing so greatly that an entirely new term was created to define the likes of the phenomena of the final girl that became so ever-present in slashers. All in all, women have always been present in horror, whether that be ethically or not. In the past 15 to 20 years, female-driven horror films have become significantly more present in the genre which has opened up an opportunity to dissect female identity in horror, alongside how women are most commonly presented and what patterns emerge from film to film, sub-genre to sub-genre.

I looked at a number of horror films with female leads from the past two decades in order to gain some insight into what themes are the most distinguished within the world of female lead horror, and most importantly, why? My focus remained primarily on two films with strikingly similar endings. The Witch, directed by Robert Eggers (2015) and Midsommar, directed by Ari Aster (2019).

Ultimately, I narrowed down the themes I had discovered into a trio. Loss, apotheosis and identity; all of which you can almost draw a single, straight line through - strung together to construct one hefty bout of female trauma, which reaches its peak at the end of the films - and leads the protagonists (Dani and Thomasin) to deal with what the sheer trauma of losing all they have whilst simultaneously being forced to tap into something sinister yet completely freeing does to them. As the trauma that has built up during film sizzles out into an unsettling aftertaste - they choose to accept the position they are in as it is all they have left.

Apotheosis, which is a stand-out theme, is defined as ‘elevation to divine status’ or, in the context of the films, being placed onto a pedestal in order for the ownership of other people’s dirty work to be placed unto you; which is extremely common in reality. Frequently women are forced to deal with the backlash of a situation in which the blame was passed on to them, or, it can take form in women receiving higher scrutiny for a situation than what a man typically would, which is observed regularly in the concept of internet Cancel Culture - which inevitably is a questionably hollow concept as it holds no weight due to the lack of repercussions that follow through into real life. This concept of being held to a higher standard and observed as a spectacle of worship, of no wrong-doing, translates over into horror quite often; and so does the idea of it holding no weight in reality.

Dani and Thomasin, to varying degrees, are worshipped - and this links directly to the themes of identity and loss. Both protagonists have lost all sense of identity after experiencing extreme loss, which just so happens to be the loss of family for both of them, and through their progressively weakened sense of identity due to losing all that they care about, they are forced into a godlike status, which they accept, as it’s all they have now. They cannot return to normal as normal doesn’t exist anymore. Identity plays a significant role in the breaking down of these characters due to the fact that identity is extremely personal to us as individuals, who are we without it? Thus, lack of identity opens up an opportunity for a character to be manipulated and weaponized; as Thomasin and Dani are to varying degrees.

So, through their upheaval, they are transformed into the model of a higher being, something to be respected and worshipped; a form of apotheosis for the antagonists of the film to use as a vessel for their wrongdoings. This, in turn, acts as a catalyst towards the protagonists’ eventual acceptance of the new life which has been crafted for them through the mishaps and trauma of the film’s run-time. They are vulnerable and have nothing left to give. Technically, they are free.

Of course, we - the audience, know that they are not free; but in their new reality, which holds no weight or moral conscience, Dani and Thomison feel that they are - similarly to the internet and cancel culture.

So, why are these themes prominent; and are they tailored to female lead horror films, or are they just common horror themes? For the most part, these themes appear in the majority of horror films, but the way they are utilized differs which is what creates the notable shift in representation of female identity in horror. Female trauma and male trauma exist on two entirely different planes. Male trauma usually presents itself in the form of rage and revenge, whereas female trauma usually presents itself in the form of loss of control. Which is typically why our horror villains are men, and the victims are women, but this age-old trope is becoming less and less prominent.

Of course, there are an overwhelming amount of instances throughout the history of horror where female characters were treated despicably for further reasons than just 'scare factor', and many stories have been tailored to detail the horrors of the reality of womanhood in a way that is almost trivialising, with a lot of traumatic stories being utilized in revenge porn films. (See: I Spit On Your Grave, 1978) but with the modern horror renaissance, films like this are becoming lesser and lesser, opening up space for women to truly exist in film with less misogynistic connotations; instead, opting to give female characters power in things other than the need to avenge their autonomy, etc.

Not only this, but films such as The Witch and Midsommar are masterworks of suspension and laidback horror, with no gimmicky jump scares or shallow tropes, and exist to empower rather than belittle. The Witch, despite its unsettling events, is a gruesome albeit ethereal representation of the journey into womanhood. Midsommar, on the other hand, appreciates and nurtures the emotion of women and carves out a grotesque yet benevolent portrait of female anguish. They are two perfect examples of how women are slowly but surely claiming their spot at the forefront of the horror renaissance and hopefully, in the 2020s, we will see more women finding a voice in a genre that desperately needs female and female-aligned stories. 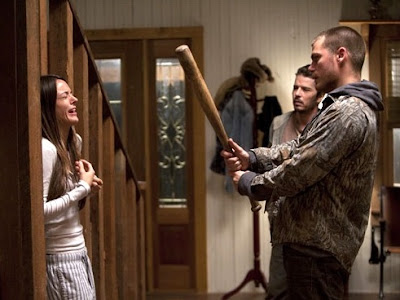