Writing Women in Film: The Sexist Agenda of Hollywood

Over the years, Hollywood has been notorious for creating stereotypes amongst

females. These stereotypes are subjective and quite frankly, sexist. When we watch a film,

there is no doubt in my mind, that we as an audience are inspired, and take away parts of

characters to add to our own personalities. Hence the saying “life imitates art.”

But when it comes to writing a female character, this saying is highly reversed to “art imitates

life”. Why, you may ask? Well, when studying female characters, they are more often than

not, written by a man. From the beginning of dawn, women have often been oppressed, viewed

as weak, and seen as a sexual object to please the man. However, due to women's rights and

movements, these views of women have begun to evolve, and we are now often seen as

equal sex to the male. But when it comes to Hollywood, sexism still remains.

Now, don’t get me wrong, I enjoy a soppy romance as much as the next woman – where a

woman seemingly can’t live without her one true love by her side. Yes, a sexist portrayal,

but this is also an issue regarding men – especially older men. For example, in the 1952

is the lead protagonist, however can’t seem to be a leading man without his gorgeous and

young love interest of Grace Kelly’s character Amy Kane. So, not only is this an issue

regarding women, but it is also an issue regarding men. But that’s a whole other topic for

When it comes to writing a female character, whether they be the protagonist or a side

babe, the ability to write a good female character is often clouded by the male writer’s

judgment. And far too often, these writers seem to forget that a strong woman is a

well-written woman. Just because a woman can go a whole film without crying or she can

throw a few punches does not make her a strong, feminist icon!

films are iconic for their very-well known and popularised stereotypes – so much so, that

many parodies have been created, such as Scary Movie and The Cabin in the Woods.

horrors, if you don’t have sex, you’re safe. This is definitely not the case. You may have

longer to live or figure out a plan. But the fact you are safe? Hollywood just likes the torture

of women far too much for that to be true. When a male character in a horror film is found

by the antagonist/serial killer/monster (whatever), they are killed almost instantly – sometimes

the death isn’t even shown on screen. A woman, however, the lead up to their death is so

prolonged, it is almost as if these films were created for men with hardcore torture fetishes.

Even the virgin at the end, yes, she survives, but there is always a 20-minute segment

dedicated to her being chased and/or tortured.

So, what makes a strong female character? In order for them to be not-sexist, do they have

to be solely written by women? The answer is no. Many examples of strong female characters

have been written by men, such as The Bride in Kill Bill - a woman written in a masculine role

and directed by Quentin Tarantino. Clarice Starling from The Silence of the Lambs – many

see this film as a sexist film; however, it is far from that. Starling is sexualised and objectified

among a male-dominated FBI workplace; this is seen by the use of camera work

implementing the effect of the male gaze. This in itself, allows Starling to prove them all

wrong, as she single-handedly carries herself throughout the film, and it allows the film to

convey a powerful and lead character arc, as well as a strong story arc. The effect of this,

not only provides us with a strong female character, but it also reflects the reality of a

male-dominated society, and the unfortunate downgrading and sexism of women in the

So, in order to create that powerful female role, it is not a case of completely voiding them of

their emotions and making them beat men up and say reverse-sexist remarks. It is in fact the

opposite. It is an exploration of the spectrum of female emotions, and how she deals with

those emotions. It is making mistakes but learning from them to become a better person –

a better woman. It is allowing her to cry when she needs to cry – not being ashamed of her

weakness, and acknowledging she possesses those weaknesses. It is standing up for herself

and being content with her own company. It is allowing her to embrace her sexuality, but not

to the extent it becomes her personality. Moreover, it is being proud of her identity and

allowing that identity to carry a story with a strong, developed character. 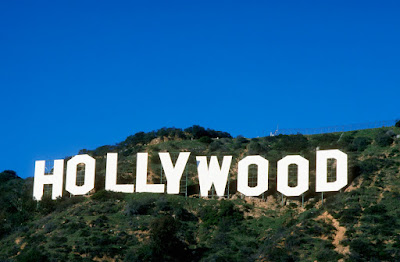