NERiMA is a young alt-indie rock band from Toronto who pay homage to their punk-rock roots while mixing in the modern alt scene.

NERiMA explores a unique mix of genres in their sonically diverse music. With influences ranging from rock bands like Green Day and Paramore to alternative breakthrough artists such as Twenty One Pilots and Arctic Monkeys, this new and growing band showcases a variety of sounds: upbeat instrumentation with powerful vocals, mellow songs with softly-sung, hard-hitting lyrics, and much more in between.

Made up of Alexi, Alex, and Connor — the three musicians explore their diverse individual tastes and mix them into one distinctive sound. With the unique musical backgrounds of each member, NERiMA’s passion is driven by life-long musical interests and experience, inspiration from their favourite artists, and even admiration of music's place in modern society.

While most members have long histories with their instruments and their love of music, all three continue to explore its growing place in their life through their dedication to this band and its sound.

Having released their newest soft-rock single 'Home' on January 31st, the band are looking to do great things in 2021 as they are currently writing and recording for their debut album. ‘Home’ takes inspiration from the early 2000's and was released with the goal of reaching as many other people, especially other young ones like themselves, with passion-driven music that will show the world what they've got.

You can listen to 'Home' here. 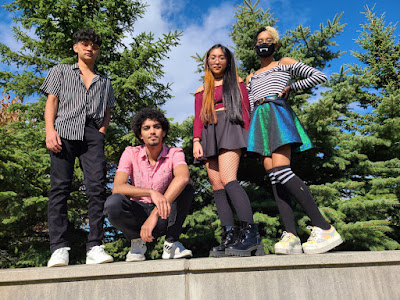