Being her second EP, Abbie Ozard’s ‘let’s play pretend’ takes on a different theme from her original ‘Growing Pains’ EP whilst still maintaining her light, playful sound, catchy vocals, and fun tunes that are decorated with a sprinkling of sad lyricism. Ozard continues her streak of making her songs slightly too relatable, but instead of the blossoming, coming-of-age lyrics heard in ‘Growing Pains’, ‘let’s play pretend’ instead focuses on balancing a more romantic version of escapism from daily life with a more sombre need to just get the hell out of here, perhaps representing the time in which the EP was made in. 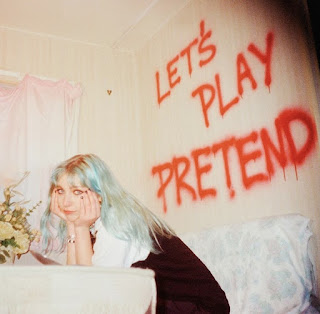 The opening track ‘pink sky (endless summer)’ is a fun, playful song with driving guitars and catchy – if not somewhat melancholy – vocals about a summer romance. The other indie banger (and arguably the catchiest) is ‘true romance’, a peppy track reminiscing about the spontaneity of just getting in a car and driving wherever. On the slower side of the EP, ‘tv kween’ is definitely the most popular of the newer songs, offering dream-state images of overnight-fame, appearing on tv as well as bluesy vocals with lyrics like “romanticise reality is all I need”.

Throughout the course of last year, ‘pink sky (endless summer)’, ‘tv kween’, and ‘true romance’ all received their own music videos, offering a homemade, slightly confusing but very charming set of 2000s-style depictions of driving into the sunset, stabbing cakes whilst wearing a pink dress, and drinking Stella with breakfast. The final song of the EP, ‘breakdowns’, is a more vulnerable ballad - singing about how everyone is having breakdowns “Because it’s the thing to do”. Whilst the lyrics of ‘breakdown’ aren’t exactly cheery, the overall feel of the song is a lovely conclusion to the EP, offering a sad but hopeful feel that attempts to encapsulate the general mood of daily life amidst a global pandemic. 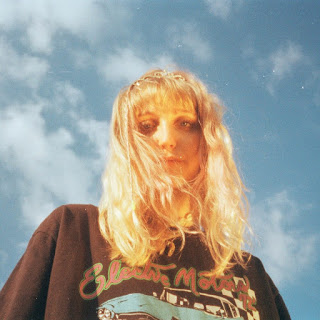 In terms of criticism, the only thing that can really be said is that the EP leaves a slight feeling of wanting more, especially as ‘breakdowns’ is the only new addition that hasn’t been released before as a single. Saying that however, perhaps this is less a criticism and more of a good thing: even though ‘let’s play pretend’ is only twelve minutes long, it is fully enjoyable. It conveys emotion, and the overall composition of the tracks compliment each other very well. With peppy, driving soundscapes evolving into slower, sad ballads about wanting to be anywhere else but here, it presents a feeling which is far too relatable in this current day and age. ‘let’s play pretend’ catches those daydreams and turns them into playful, romantic tunes whilst also capturing the more morose and melancholy sighs of wanting to be somewhere better.