Album Review: Borito - ‘What We Have Now’

In a world that has been torn apart by global challenges that have left many feeling helpless, Tel Aviv band Borito’s first independent release ‘What We Have Now’ showcases the sweeter side of life. This intrinsically summery album takes its listeners to a recent and fondly remembered past of warm nights and comfortable intimacy. 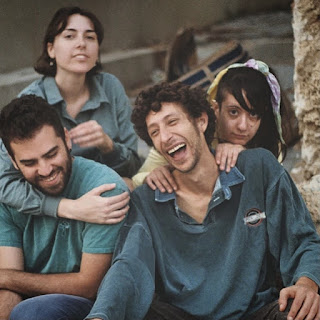 The reminiscent nature of the album is accentuated by heady, breathy vocals and distorted guitar, particularly on tracks ‘Sugar’ and ‘Face’. Conversely, light, synth melodies induce a certain nostalgia in tracks such as ‘Nice & Slowly’. The entire album feels as though it is devoted to its own sentimentality, emulating bands that were in their height in the mid-00s such as The Vaccines and the Kooks. Despite what could be seen as a rehash of commonly touched upon themes, the album is utterly fresh. The essence of the hottest summer nights. Playful and warm, the piece does what it sets out to do and “celebrates the sweetness of life that can be easily forgotten”. The lyrics are memorable and ultimately fun to listen to, helped along by strong drum beats that make way for pronounced rhythms and choruses that can be sung with friends after the first listen. The album feels almost bittersweet at times, though, a form of escapism that is almost too close to reality, what last year could have been.

The sleepier tracks are warm and transportive, like swimming in honey. Almost psychedelic. Listeners can get carried away in the soft chord progressions and lightly reverbed melodies. Closeness and fleeting romance are at the centre of this album. The narrative set up in ‘Song for Dawn’, illustrates how the heat of summer can cloud our judgement. There is a childlike innocence and wonder to the album, that makes the genre hard to pin down, leaving Borito to be enjoyed by any and everyone. Wonderfully danceable, uplifting and arena-friendly this is an album that is best enjoyed with friends. 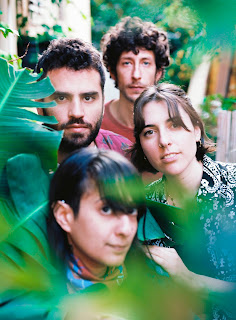 Borito succeed in painting a bright and colourful picture of modern life that will be a comfort to many, while also taking us to times past. Employing influences from a multitude of decades, including the 60s, 80s and 90s. Due to the eclectic nature of the album, it feels outside of time and phantasmagoric. Each song is a snapshot of summer, episodic and light-heated, from sharing secrets with a lover on a warm night to the heartache of realising one’s feelings are not reciprocated. The cumulative effect of these being an album that feels like an escape to listen to. Lightly melancholic, tinged with the sadness of last year yet still maintains its breezy and light identity. It is evident that Borito are enamoured by the idea of summer and the tangible mysticism it brings in tow, to listen to ‘What We Have Now’ is to be enveloped in that magic, and to be taken away from the everyday life that so often disappoints us, and leaves us yearning for more.

Watch the 'Song For Dawn' Video Below: