Sensational singer-songwriter Ione is back for 2021 with her new poignant EP 'The Tide Is Changing'. Expect powerful vocal arrangements, sleek productions and relatable themes told through candid lyrics.

Hailing from Manchester, UK, Ione's love of singing began in her church choir at the age of three. She went on to become a session singer and backing vocalist at just 14 and has enjoyed a rich and exciting career to date.

Ione has performed with the likes of GORILLAZ, Errol Brown (Hot Chocolate) and Paul Heaton. In 2007, she moved to London to further her career and was soon invited to join a European and American Tour as backing vocalist to singer Adam Green. It doesn't stop there. In 2016 she was one of the original singers in the much-acclaimed "Haçienda Classical" project which saw legendary Manchester DJ's Graeme Park and Mike Pickering along with a 70 piece Orchestra re-work some of the best dance tunes from the Haçienda era. Ione sang lead on the Brand New Heavies smash hit "Get Back to Love".

Ione has recently lent her vocals to both of Foals 2019 albums, “Everything Not Saved Will Be Lost” parts 1 & 2, Foolish Loving Spaces by Blossoms and was the vocal coordinator and backing vocalist for the much anticipated sold-out shows at Hackney Empire with Carl Barat & Pete Doherty of The Libertines. At the start of 2020, before Covid hit, Ione was starring in Beautiful, The Carole King musical.

After gaining much experience in the industry Ione decided to pour her energy into her own music. Last July, she released her beautiful single “Tell Me” which was backed with open arms by BBC Introducing and was played on Radio 1 as selected by Mike Skinner for his introducing selections. She then dropped 'Loved by You', a track that will appear on her hotly anticipated EP alongside two other songs. 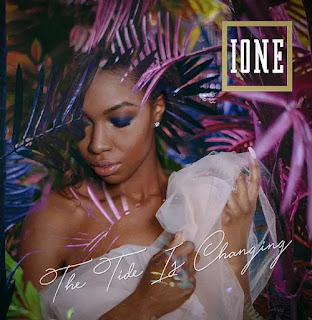