If you’re on the lookout for the latest visionary in indie pop, look no further than Amber Jay and her debut EP, 'Never Too Far from a Dark Thought'. Due to drop on 3rd March, The EP features five eccentric tracks including the pre-released Pencilled Brims and Stay the Same, along with brand new single 'The House'.

Amber’s unique avant-garde style is apparent from the moment I press the play button. She refuses to be pinned down to a single genre, blending elements of synthpop, dance and shoegaze - among others - to create a distinctive three-dimensional sound like nothing I’ve ever heard before. 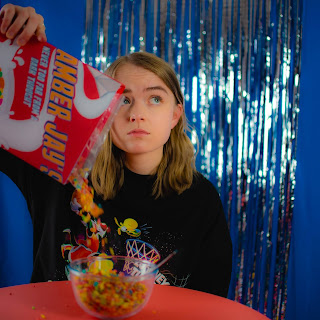 Across just five songs, Amber demonstrates an astounding variety in styling and tone. The adrenaline-pumping opening number, 'Pencilled Brims', takes a natural lead with its addictive, heavy-textured beat and jarring shifts in tempo. The track is filled with suspense and a dark, ghostly atmosphere. With such lyrics as “You don’t get to tell me who I am,” it paints Amber as a powerful artist and a force to be reckoned with from the get-go.

This is followed up with 'Stay the Same', a brooding number that plays out as both an apology and a promise. It excellently portrays the universally relatable feeling of trying to let go of past regrets, while also being upbeat and rhythmic enough to dance to in your bedroom.

Arguably the strongest track on the EP is 'The House', which is also due to be released as a single on 3rd March. It incorporates elements of psychedelia, with echoing vocals and postmodern lyrics that conjure up dark, mystical imagery. As a concept, it relies as heavily on imaginary visuals as it does on sound. 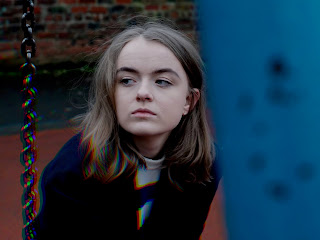 The funky, rhythmic bassline of 'Own Way' would be all but out of place on the underground nightclub scene. An empowering, techno-infused track, it focuses on fighting to stay independent against the overbearing effects of falling in love. It’s juxtaposed against the final track, 'Person'; an intimate piece with themes of broken romance and longing. The pleading, forlorn tone in Amber’s voice is laden with genuine emotion and vulnerability, which gives the track a deeply personal feel and makes it all the more evocative. The rawness proves she is not afraid to be true to her own experiences, which she expresses beautifully through enigmatic lyrics. The two tracks shouldn’t work together - but somehow they do.

The entire EP is tied together by haunting, distorted vocals that pack drama and impact throughout, as well as an overall contemporary vibe that is reminiscent of the surrealist art aesthetic.

'Never Too Far from a Dark Thought' feels like a natural next step in Amber’s music career. It flows seamlessly on from her previous releases, painting a bigger picture of the sonically rich, romantic style exhibited in her earlier singles. In a world where seemingly every variation of alternative music has been exhausted, Amber appears to have achieved the impossible: originality. Her creative innovation could mark the birth of a new age in electronica. 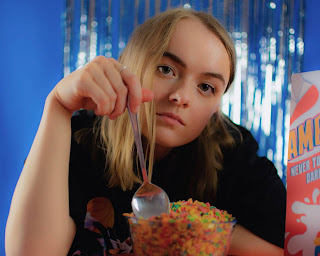