Sunderland indie high-climbers Docksuns are back with another explosive single ‘Blew Up A Kiss’ to get you thinking and to shake you awake, ready for bouncing about at the next gig.

The track starts out with a strong guitar riff that sounds almost chunky in nature, clearly inspired by the legendary sounds of past rock and roll - however, it takes only seconds for the thrashy, classic indie drum roll and quick taps of the hi-hats to blend the two genres together. This is most definitely a solid start for what could be the next big hit to come from Wearside and creates a very exciting build-up for frontman Jamie Baxter’s vocals. 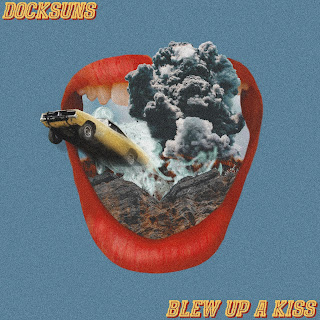 Baxter explains that he wrote the lyrics influenced by both current political affairs, his own breakup and an ‘incident’ with attempted suicide, which makes for a very personal yet open song, allowing us to choose what we can relate to whilst also giving Baxter a platform to talk about what affects him. The first line “God has turned his back on me” really sets the tone for how deep the lyrics are going to be; lots of these very emotional lines stood out to me and the meanings behind them are incredibly transparent. 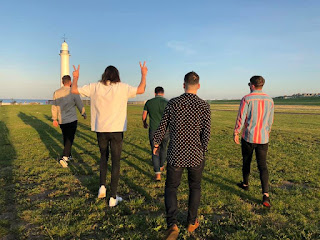 A particular favourite of mine is the middle of the first verse, where Baxter sings: “If you’re not in an upper-class state, did you ever think you’d get a say?”. This feels like a particularly relatable line at the moment with the UK being under some pretty heavy restrictions, often not taking into account the stark differences between the upper and lower classes as the rules are enforced on the country, as well as feeling like the people in power aren’t listening to the masses. Another stand-out line for me is the very blunt part of the chorus, “I drove into the ocean, whilst you sat and laughed at home.” This provides a great deal of visual to the song and gives us a look into Baxter’s frustrations with life and the breakup.

The instrumentals of the bridge have a typical melancholic indie sound almost reminiscent to the likes of early Arctic Monkeys as the song slows down before we are taken to a very rock and roll solo and an impressive guitar shred only to fade out in an electric buzz at the end of the last chorus. 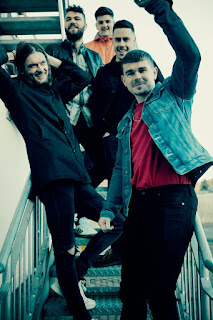 This song is somehow both classic and new, with influences shining through in each instrument whilst the band create a hybrid between indie and rock and roll, and I can see it being a massive hit at the next gig in the North East. It combines both a fun sound and a sense of despair with the vocals that should hit the sweet spot with alternative fans angry at the world. I look forward to hearing more from Docksuns!

Watch Docksun's 'Times Like These' Foo Fighters Cover Below: