Faye Fantarrow's sophomore single ‘Boom’ manages to capture the pains of a generation in an ever-divided world, whilst remaining sincere and sonically formidable. Painting a picture of the news' doom and gloom as an indie artist without sounding too angsty is no easy feat. Getting the balance right between weaving the narrative of current affairs into songs, without becoming ‘the preacher’ isn't always simple *I’m talking to you Bono*. Faye manages to carry her listener well beyond the realms of angst, through stages of helplessness and into eventual action.

Fantarrow is a storyteller; the tender feel of a folky guitar that glows like an ember behind her heady and intoxicating vocals. ‘Boom’ starts feeling cinematic, the piano painting the scene of a film noir, nodding to Lana Del Rey and feeling a lot more than a stone's throw away from our current reality. But surely, ‘Boom’ lands and we wake up from this dream into the present and Fantarrow tells us exactly how she's feeling about it. 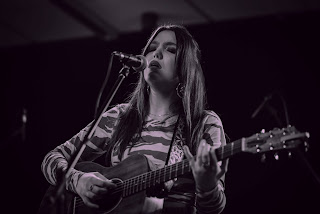 The Sunderland native’s vocals are an entrancing contradiction; a spine-chilling (in the best kind of way) vibrato that still embodies a punk spirit. This is perhaps best demonstrated in her calling out of the baby boomer generation, herself being just 18 and a member of Gen Z. In a time where Boomers have had the casting vote on so many things that affects the lives of young people, from Brexit to Boris, she is speaking for her generation and (rightly so) she is angry.

The track journeys from the inner hopelessness felt in the face of a polarising society, to the eventual tipping point where we all find ourselves needing to take action. The particularly poignant lyric "none of it matters until your freedom shatters" is comparable to a widespread reaction to the Black Lives Matter movement last Summer, where thousands whom were previously living in ignorance/lack of education suddenly ‘woke up’ and started paying attention whilst at home quarantined during the pandemic (“when your freedom shatters”) to discrimination and injustice that has existed for generations. She calls these people prone to ignorance into action and to care about what is happening, especially that which doesn’t affect you personally, inviting you to check your privilege along with your priorities. 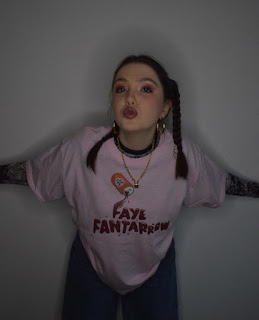 ‘Boom’ not only soundtracks the current day, but has the fighting spirit to become one of those songs that transcends trends and timestamps to capture a general feeling.

Faye Fantarrow’s ‘Boom’ detonates in your ears and you’re left with its sound and story going around your mind days later.