North-East based Sophia is the definition of up-and-coming. Getting radio play from BBC Music Introducing in the North East and officially labelled ‘one to watch’, her new single ‘Stay’, released on March the 12th, will be on your Spotify playlist in no time. The perfect combination of anthemic pop and raw emotion, ‘Stay’ is a track for everyone - we can all relate to the feeling of never wanting to leave somewhere, something or someone behind. After gaining traction from her previous single, ‘Skin’, Sophia has developed her sound into something bigger and more refined, while still retaining the authentic flair her music holds. 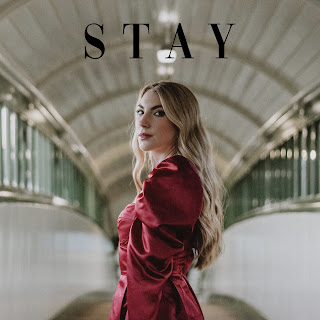 Finding her place in the genre somewhere between Halsey and Bea Miller, Sophia’s sound is the future of pop. Deliciously lively with lyrics from the heart, Sophia doesn’t miss a beat in her new track, ‘Stay’. The song’s pace never falters - driving guitars are coupled with pulsing, edgy electronic drums, building in the verses to an explosive chorus filled with mesmerizing harmonies and dreamy synth lines. The beat is almost reminiscent of 90s hip-hop but the muted guitar and reverberating synths pull the track into the 21st century. Ideal for blasting on a late-night drive with all the windows rolled down or for playing on repeat at 3am, staring at your bedroom ceiling, ‘Stay’ is undeniably versatile. 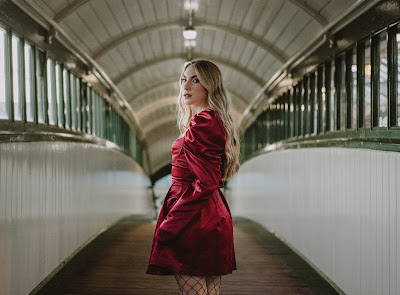 Sophia’s voice is nothing short of captivating; while her vocal melodies are irresistibly catchy, there is something utterly unique about her tone and timbre. ‘My God, I think I love you’, Sophia sings in the release of the chorus; she is finally admitting how she really feels. Her ‘words exposed’, she’s vulnerable and unarmed at last. Playing us out with a gentle melody, Sophia strips back the song in the outro, leaving only the pure emotion of a lone piano, laying bare the feelings she sings about throughout the track.