Full of funky, shimmery indie-pop, Auckland duo Foley’s new EP ‘Vacation’ is here. Known for their infectiously catchy tunes, their latest release is no exception, and brings serotonin and summer early to 2021. Following the success of their debut ‘On My Conscience’ last year, which hit no.10 on the New Zealand album charts, as well as having a huge listenership across Spotify, people were keen to see where their sound would go next.

The first track, 'Keep Me On My Toes', opens up the EP with a twangy bass, groovy guitar chords and syncopated hi-hats, and it’s clear Foley are back with their classic formula of a hit. Bringing ‘Vacation’ to an energetic start, the duo waste no time in introducing their fast-paced, catchy rhythms, and open the EP boldly with the statement that they’re back to produce bops. With Ash Wallace’s vocals hitting every beat in the chorus as she sings "I need you here with me, stay close, keep me on my toes,’’ the melodies are addictive, and after one listen you’ll have the song hooked in your brain. 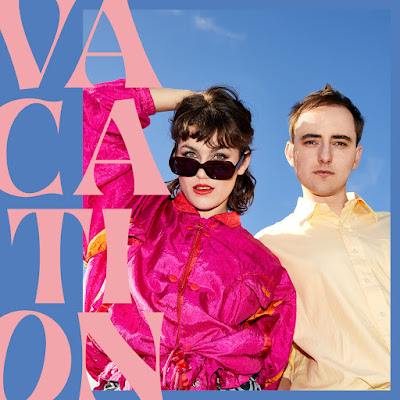 When it comes to sound and structure, the next song Anything Before You follows in similar footsteps; Opening slightly slower with the vocals taking the front seat, the chorus soon kicks in and is once again, addictive in its lyricism and rhythms.

Slowing things down is Better Than Love, which lets us in on a more vulnerable side of Foley,  whilst exploring the concept of loving versus the reality of the ways love can hurt us. With its slower tempo and mellow groove, the track takes a step back from the bands’ usual upbeat pop bliss, and instead gives listeners cool yet soulful melodies. Keyboard chords and electronic percussion accompanying Wallace’s vocals, there’s an RnB influence sprinkled throughout, and the track fits perfectly in the middle of the EP.

Foley don’t leave us without a funky bassline for too long and pick things up again straight away with Rendezvous. Immediately driven, the songs’ power is mirrored by the lyrics "I try not to think about it, try to keep it casual,’’ that explore the rush of feelings in a new relationship. As all instruments marry together for the chorus, it’s the perfect example of feel-good disco-pop, guaranteed to be on repeat as summer approaches. 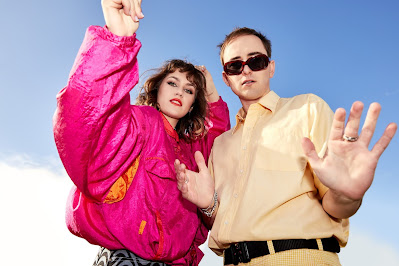 So Personal brings ‘Vacation’ to a close, standing out from the rest of the EP as it opens with guitar, instead of the bass that we’ve heard in other songs. As Wallace sings about an attraction so blinding, the song embodies a more traditional pop route, and wouldn’t be considered out of place in the charts. The chorus is subtle yet addictive, and the song is powered forward by its recurring guitar hook and uptempo percussion.

‘Vacation’ is the classic sound of Foley, encapsulating everything that makes them and their music so loved, yet still offers a variation between songs that showcase their current styles and influences. Impossible to not dance along to, the EP is perfect for the warmer months and will be many people’s soundtrack to celebrating the return of normality this summer.