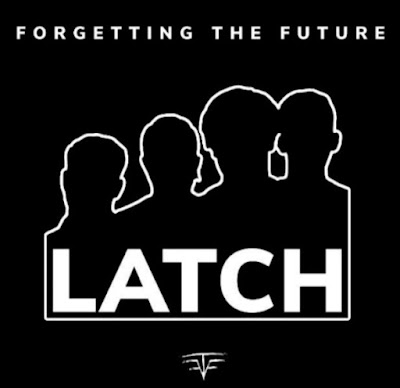 The sound of coming-of-age has never been more charismatically captured than in Forgetting The Future’s new single ‘Latch’.

The four-piece have harnessed their formidable energy to create a festival-ready anthem, overflowing with youthful vigour. Brashly melodic, Forgetting The Future’s latest release is one to be played loud against the beating sun and sweaty crowds of festivals to come.

Influenced by the unmistakable sounds of Catfish And The Bottlemen, The Snuts and The Wombats, the Thurso-based band inject a similar spirited charm into their pragmatic lyrics and polished guitar riffs, skillfully constructing a sense of ordered anarchy within their music.

‘Latch’ is an impressive demonstration of the musicianship of band members Robbie McNicol, Connor Wilson, Max Paul and Jamie Mackay: by layering unwavering guitar progressions with varying percussion elements they bring an almost effortless yet invigorating energy to the single.  Listeners will find themselves in the thrall of the guitar solo in the bridge, injecting the latter into their indie-rock sound.

Having won The SUBlist (The Scottish Unsigned Bands List) ‘Battle of the Bands’ competition in 2018, Forgetting The Future signed to record label ‘InTime Records’ and released their debut album ‘Broken Phones and Hormones” in February 2020.

Recorded by top L.A producer Ken Allardyce, ‘Latch’ is a passionate attempt to tell the age-old tale of being frustratingly in love with someone throughout your teenage years and that abnormal progression into adulthood. The sober, matter-of-fact lyrics describe a desirable callowness to the relationship: “stain me with your lips, fall asleep on the phone, frustrate me I feel wrong, ‘cause I know you want me home.”

With its punchy drum beat and compelling chorus buildup, ‘Latch’ is on track to become the driving force behind the band’s future live sets; definitive of their musical direction for 2021.

It's Forgetting The Future’s way of revving their engines - leaving us aching to see what more they have to offer.