New York-based singer-songwriter Brianna Knight’s latest track, 'So Deep', is a declaration of love without any soppiness; it’s pure soul. With a voice like honey that oozes power and control at the mastery level of some of her biggest influences (Lauryn Hill and H.E.R.), Brianna’s vocals soar.

‘So Deep’ is an intoxicating listen and in just under three minutes, Knight sells you a whole story about fun, lust-filled young love. The heavy funk bass line evokes nostalgia, making you want to get up and dance, whilst keeping things contemporary by being an upbeat tale of passion rather than your bog-standard ballad. Brianna’s sound blends 90’s R’n’B with a modern take on Soul; hearing just the first few notes is enough to wish that she could narrate your wildest nights and worst heartaches. 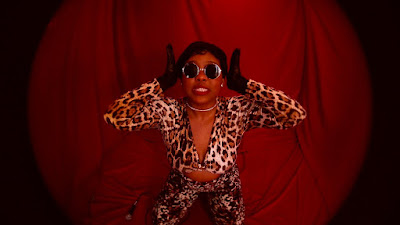 As Brianna sings “you’re addictive to me” - you stop and realise that you may just be addicted to her. Just before you think the single couldn’t get better, the first verse closes and Knight harmonises with herself in a dreamy chorus. Proclamations that she’s been “bearing my heart” are believed without question as it is clear that Knight is singing her heart song with revelations of love spilling from her lips in a euphonious way.

The drum track is the driving pulse of the song. It stops suddenly as the song breaks down to the spoken word, almost mimicking that moment when you see the person you’re lusting over and your whole world stops.

Just as she confesses in the track, Brianna Knight has got us “so deep in our feelings”, we want her to soundtrack every one of our great love stories. It’s incredibly refreshing to hear such an unapologetic decree of adoration, especially one that sounds as sublime as this. I have a feeling that Brianna Knight’s music will continue to reach more people across the globe, as we continually fall so deep in love with her dazzling voice.

June 29, 2021
by Emily Duff Sold-out Tramlines Festival will go ahead at full capacity in Sheffield’s Hillsborough Park from July 23rd to 25th as part of Events Research Programme following the likes of Download Festival that successfully took place over the 4th-6th or June.    Announced just twenty five minutes ago (12pm, June 29th) that it will join the third phase of the Government’s Events Research Programme, this means the sold-out music festival will definitely take place at full capacity on 23rd to 25th July.    With huge names like The Streets, Royal Blood and Richard Ashcroft headlining alongside Little Simz, BLOXX and others - Tramlines has a world-class lineup of music and culture prepared for the last weekend in July.    Tramlines’ participation in the programme means the festival can go ahead independently of national reopening dates - meaning it’s not dependent on the loose July 19th date - and the audience will be able to enjoy the event without compulsory social distancing or masks.
Post a Comment
Read more