With festival season on the horizon and after a year away from them, everyone has been highly critical of the performers and lineups expected to be seen over 2021.

With huge festivals like Reading and Leads (RandL) and TRNSMT being slated for their lack of diversity, I’m proud that a festival local to me seems to be disregarding this trend. Although the big headliners remain male, the rest of the lineup is sprinkled with female acts across the whole weekend.

Taking place in the beautiful Hillsborough Park, classics like Sophie Ellis Bextor as well as alternative group, Shelley Byron & the Poison Sleep ease in the Friday Lineup. The Covid born group released their first EP, 'Arms of Night', last November which was written, recorded and produced during the lockdown in 2020

Saturday is what I'm most looking forward to though with huge names like Little Simz - an up-and-coming artist who has caught the attention of many recently, especially with her latest release 'Venom' taking Tik Tok by storm. Similarly, Mahalia is set to perform - a super exciting feature after her track with Rico Nasty, 'Jealous', came out in February and made me desperate for live music to resume. On top of this, the 2012 classic, Lucy Spraggan brings not only throwback nostalgia but diversity to the genre of the festival.

Lastly, the festival is topped off by features such as The Big Moon - a band I have loved for ages but only managed to see once. As well as this, seeing the Tramlines lineup introduced me to new artists like Phoebe Green and Holly Humberstone who also play the last night of the festival. Both of whom I'm already obsessed with after listening to tracks like 'Reinvent' and 'Falling Asleep At The Wheel'.

Taking place over the last weekend in July, I've named just a few of the female acts set to be performing and with more artists due to be announced soon, I can't wait to attend this festival and finally see Little Simz live!

Get your ticket here and view the full lineup below: 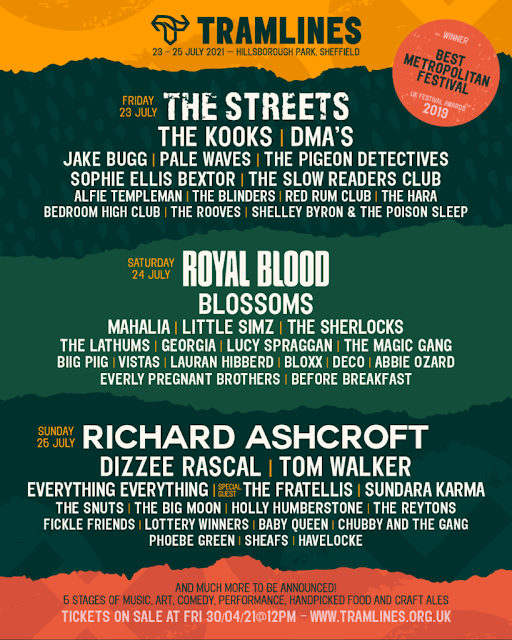