Kinsale Drake (Diné) is a multi-skilled creative with professions ranging from Poet to Playwright. Her endeavours have landed her spots in a range of publications from TIME to the Yale Literary Magazine and recognition such as the J.Edgar Meeker Prize, the Academy of American Poets Prize, and the Young Native Playwrights Award. 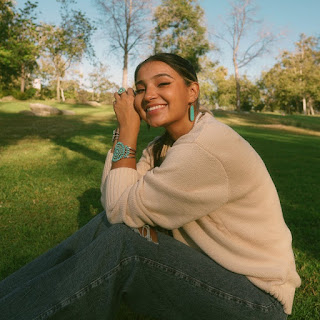 Said to be “here to empower our own narratives and create space”, Changing Wxmen Collective is a digital arts magazine by and for BIPOC people of marginalized genders. Their publication includes art, poetry, prose, op-eds, interviews, zine making workshops and more using a community force in order to make waves with their mission to empower each other’s work, spotlight those who inspire us, and connect with each other to create real change. 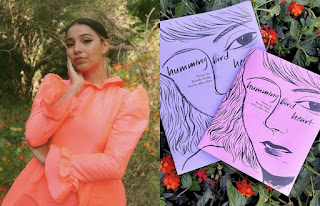 She created Hummingbird Heart in 2021 alongside Alice Mao while on a trip to New York City in which an awkward conversation about gender and sexuality began between the two. Recently published by Abalone Mountain Press, a Diné-woman-run press, the zine comes in two colours: lilac and pink. 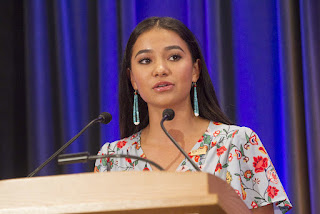 A summer tour by the same name, Hummingbird Heart, is set to take over and inspire the youth of Southwest of America. Featuring a range of live performances, workshops, and hybrid music and poetry shows, it is sure to be a fascinating event to reintroduce creativity and passion.

This has even extended to running Softer Sounds, a company founded by herself and Nanibaah to allow for pop-up events that ensure the safety and enjoyment of all while making sure to highlight Queer People of Colour. These spaces have no limits, with previous occurances having taken place around spoken word poets, independent vendors, and more. Kinsale focuses on creating a welcoming and festive space that can celebrate local and underrepresented artistry - something that is vital to every single community.

Having already attended Junior High Los Angeles, Inspired by Diné Bizaad, and PEN America in June, the upcoming Tour Dates are as follows:

To gain tickets to any of the shows, just click the link attached to the date! See you there…