Love Island: Are We Too Easily Fooled by Reality TV Narratives? 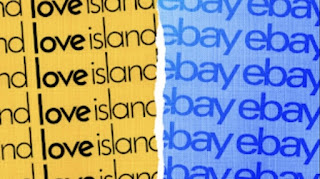 As we approach the end of the third week of Love Island series eight, it’s become apparent just how quickly things can change in reality television – and how drastically our perceptions of those we watch on our screens can switch up.

But let’s not forget we only see an hour of each day in the villa, and how easily narratives can be scripted by Love Island’s talented production team.

We’ve now seen a total of five contestants leave the show – Liam left on his own accord, and Afia, Remi, Ikenna and Amber were all voted out by the public. This year, I’ve been closely watching how they’ve acted since returning to their ‘normal’ lives and how they’ve used their newly-gained following, particularly on social media.

Most interesting is the interviews Remi has done, where – to stir the pot – interviewers have been quick to ask if there’s anyone he disliked or didn’t get along with during his time on the island. It has come to public attention that Remi and Jacques didn’t get along, which we’d be none the wiser about because we weren’t shown this.

Remi has claimed Jacques consistently made attacking comments to him and his fellow islanders, and they didn’t see eye-to-eye as Remi was the only one who stood up to him and wouldn’t accept the way Jacques was acting.

Now, it’s very difficult to know what to believe because you wonder if those who are prematurely voted off and didn’t spend as much time there as they’d hoped, say things to remain in the public eye for as long as possible. But we can’t rule out this may have been the truth as, like I said, we see such a small snippet of each day – we like to think we know each person like the back of our hand, when in fact they can easily be framed as someone or something they’re not.

Among the current frontrunners sit Paige and Jacques. The public have expressed that if the couple remain the way they are, they’ll undoubtedly make it to the final – which I agree with, because they’re being painted in a loving and favourable way. Who wouldn’t want to see the couple blossom when we awe at the television every time they show an ounce of affection to one another?

In my mind, Jacques being one of the current viewer favourites has come as a surprise. When he entered the villa as Gemma’s ex-boyfriend of a year-and-a-half, it didn’t take us long to realise Gemma hadn’t turned 18 during the time she was dating adult Jacques. People have been very quick to forget this and warm to Jacques’ laddish ‘banter’ and his bromance with Luca as the weeks have progressed.

Despite Jacques and Luca being admired on social media, there are equally many who have expressed their concern over their treatment of Ekin-Su. They are quick to fault her when she is simply following her feelings, but will not condemn their male friends when they do the exact same thing. Let’s take Davide, for example. He was quick to comment on Ekin “moving from flower to flower”, but since entering the villa has found sparks with Gemma and Ekin, kissed Danica, and shortly coupled up with the newest female to enter the villa, Antigoni. As far as we’ve seen, no one has jumped to question his antics.

Speaking of Gemma, in Saturday evening’s unseen bits show, which replaces the normal episodes as they take a break over the weekend, she was seen doing impressions in the beach hut. To provide entertaining content, it’s evident all islanders are called to the beach hut one-by-one and are asked questions or to do a task. In this instance, it was to do their best impressions. After doing a poor take on Megan McKenna during her time in Big Brother, she was seen to ask the camera, or the person behind it if there was one, not to edit her in an embarrassing light.

To me, this shows the islanders are more aware than ever that they’re being filmed and edited by a team of producers. It may just be that Gemma is accustomed to this lifestyle after growing up with Micheal Owen as her father, but I’m sure I wasn’t the only viewer to raise an eyebrow at this moment.

So, the next time you consider adding fuel to the fire when an islander is being slated for their actions on social media, always keep in the back of your mind that, yes, we are too easily fooled by reality television narratives and not everything is always as it seems.