Love Island x eBay: Just For Show, or Set to Make a Change?

The most popular television dating show has returned to our screens and it may be our guilty pleasure, but we have to admit it raises issues that can’t go undiscussed.

It was only a couple of weeks ago we learned eBay were going to be the series’ new sponsor. Introduced as a bid to ditch fast fashion, in the run-up to the show and as the first week draws to a close, have we seen much from this budding partnership?
I couldn’t believe my eyes when I saw the announcement about the collaboration, as I’m sure most others couldn’t either. This is something slow fashion advocates have been wanting for years as Love Island, and the overconsumption of poorly made clothes that adhere to trends, go hand in hand. We need to break free from this vicious cycle and this news was a glimmer of hope. 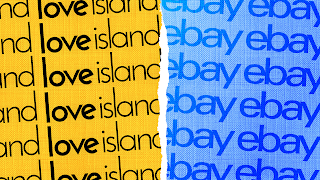 © thred.com
However, now on day five, we’re yet to see anything come of the slow fashion sponsor, and we’re left to question if this is a surprise. Was it really all for post-season publicity?
The last series of the show saw Brett Staniland enter the villa. No sooner had he joined the show before he left, but he made his mark and now has a substantial following – to which he raises awareness of the truth about the fast fashion industry and wants to incite change.
He’s proven to be an important figure in calling for Love Island to reduce their relations with fast fashion brands, particularly as he refused to wear I Saw It First’s clothing – who sponsored his season. Instead, he took a suitcase of his own garments, staying true to who he was and his personal style, and insisted he didn’t want to receive duffel bags of the sponsor’s clothes like each contestant used to be gifted.
The prospect of eBay and Love Island working with one another excited me when I learned  Brett was heavily involved – he’s a man who knows what he wants and what change we need to see in an industry that currently appears a lost cause because of the power of fast fashion houses, with brands like Shien adding over 314 thousand new items to their website every day.
However, after following Brett’s insights into the clothing that were being picked and sent in for the contestants via his Instagram story, I must admit, I was disappointed by what I saw. I  know it’s important for those on the show to look stylish, but designer second-hand items are the diamonds among the rough when shopping pre-loved.
When you take to eBay, it’s unlikely you’re going to find the items we’ll be seeing the contestants in. I’m not saying you’re fighting a losing battle trying to find nice clothing on the bidding site, but to find reasonably priced designer items won’t be as easy as we all wish it was.
Being a sponsor of a programme is all about encouraging people to spend money on what it is they’re promoting, which is why fast fashion brands thrived. We, as viewers, see our favourite islander wearing an outfit we want to replicate and within 15 minutes it can be in our basket and ready to be delivered the next day. It’s all about the instant gratification. 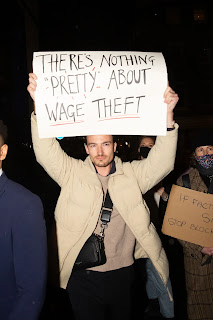 © Holly Falconer
Sustainable fashion centres around rewearing and looking after what you already own, but it’s clear the aim of this partnership is to encourage viewers to purchase second-hand.  Buying something that’s already been worn and loved by someone else is a great way to go if you need an addition to your wardrobe, but we need to tackle misconceptions about pre-loved shopping first.
Unfortunately, though, if we see an islander wearing an outfit we like, chances are we won’t be able to take to eBay and replicate it ourselves. Yes, it’s about showing us second-hand clothing is an option we should be taking more seriously, but it won’t be long before some people jump to fast fashion brands’ websites to replicate it with the ease they desire. Does this partnership rather increase the already abundant issue of fast-fashion brands replicating other designs such as those now due to be spotted on Love Island?
That’s not to mention the price tag of luxury items even when they are available to be purchased second hand. The predominantly young audience of Love Island are unlikely to be able to afford second-hand designer garments, which is why fast fashion partnerships work so well and the show should have thought carefully before kitting them out with the luxury items they’ve chosen. And, as far as I’m aware, we’re yet to see these garments in the first five episodes. If they have been worn, this hasn’t been made clear in the slightest. 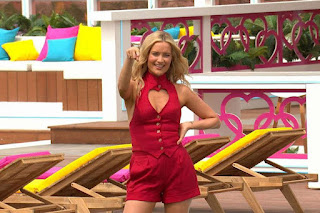 © ITV/REX/Shutterstock
As the weeks go on, I hope to see this partnership blossom and it’ll certainly be interesting to see how it unfolds. We may have seen a TikTok from Laura Whitmore about having the garment she wore for last year’s first episode being upcycled for this year’s debut, but let’s hope we’re given more than just empty gestures like this over the next nine weeks.
Edited by Emily Duff