Power to Strong Women: The Rise of Love Island’s Ekin-Su

Leading on from last week’s column, I’m pleased to see the collaboration between Love Island and eBay was given some appreciation when the islanders were thrown a party in Wednesday night’s episode. As far as I’m aware, the contestants were either wearing clothing from eBay, or items they already owned and had bought into the villa with them. 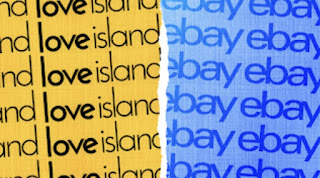 The issue is, however, I wouldn’t have known this if it wasn’t for social media and, even then, the official Love Island Instagram page wasn’t shouting about it. Thankfully. eBay UK’s page is doing a good job of showing off the pre-loved looks, but with a difference of over three million followers between their and Love Island’s Instagram, it isn’t being shown to a wide enough audience – they’re missing out on great opportunities to make this collaboration a success, but unfortunately it’s still falling short for me.

If, like me, you’re intrigued about the second hand clothing that’s been sent into the villa, Brett Staniland, who I mentioned last week, is a great person to follow. He did a rundown of items he helped choose and I was pleased to see a variety of price points for different items – making it more accessible than I believed it to be in week one of the show’s return.

But onto this week’s topic – the representation of confident women, who don’t let anything stand in the way of what they want.

If you hadn’t already worked out from the title, we’ll be talking about one of the most iconic bombshells to enter the villa, Ekin-Su. 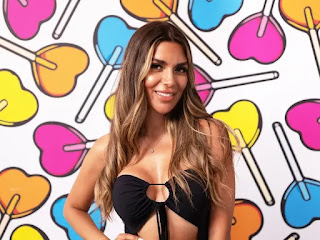 I must admit, following her entrance and as we quickly became aware of her go-getter antics, I worried about how the other islanders and everyone watching at home would perceive her. A strong woman – who I believe is genuinely there to find a connection with someone (it just so happens to have been with a couple of people over a short space of time) – often ends up on the receiving end of negativity and backlash.

And we all know it’s from men who are likely to feel intimidated by her honest and straight- to-the-point persona, and others who wish they were as care-free and confident as her.

We’ve all got to respect how she’s acted over the past week. She’s provided entertainment, sometimes without even realising, and has certainly ruffled some feathers – and that’s why we’re all calling for her to be kept in until this year’s Casa Amore. If you’ve got this far, I assume you know what that segment is, but for those who don’t, the genders are split into two separate villas and new islanders are brought in to test their loyalty towards the end of the series. Typically, it ends in chaos.

But, back to Ekin-Su. From jumping in the deep end with Davide, to showing interest in Jacques, and now appearing like she’s going to jump ship with Jay, we could all take a leaf out of her book. As she said to the other female contestants, none of them should let others dictate who they can and cannot talk to, or what they can or cannot do – and we can apply this to everyday life, not just relationships. Being open to new opportunities and doing things for you is the way to go - especially when you don’t feel you’re getting the appreciation you deserve from the person you’re currently getting to know

Though, I’m not convinced she’s a definite hit among the other contestants. We might only see an hour of their day, in which they can easily be framed as something they’re not, some are quick to give Ekin-Su the side eye when she’s sharing her take in certain situations – particularly Gemma. Despite the pair getting off on the wrong foot in their competition for Davide, and Ekin-Su making frequent comments about Gemma’s age, you can tell Ekin-Su is trying to be a big sisterly figure and share her experiences for the good of others.

I may not be the biggest fan of Gemma, but I was pleased to see her hold her own at times when Luca has slightly overstepped the line. He was left disappointed at the moment when he contemplated moving in for their first kiss – after she stood her ground when he rolled his eyes when she was trying to be complimentary. His personality is sometimes portrayed as overbearing, so I was pleased to see she didn’t back down.

It's a breath of fresh air to see a strong, independent woman like Ekin-Su being praised. It might be mainly due to her entertainment value, but people can see that without her vibrant presence in the villa, we’d be more likely to spend the episodes scrolling through Love Island Twitter than actually watching the show