Last week I spoke about how iconic Casa Amor is and it did not disappoint this year. Despite the following episodes being, in my opinion, quite dull, things are finally heating up again. It may be because the season began so strongly and every night there was a new bit of drama for us to sink our teeth into, but it has felt like the producers have purposely put in irrelevant scenes to fill out the episodes to build suspense – but all it appears to be doing is annoying loyal watchers.

In my last column I mentioned ‘movie night’, which is finally being aired this evening – and I have a feeling it’s going to be one of the best episodes yet. But after teasing us into thinking we would see it on Friday evening and only showing us a 10-minute snippet, I was just as frustrated as what I was seeing on social media.

What makes it so interesting that they’ve left it this long to show them the happenings in the villa is they have all made up for their wrongdoings and put them in the past, only for them to be brought up again. It’s impossible to tell whether the couples will come out of this better or worse off – and for that, I applaud the Love Island producers, despite how infuriating it’s been to have to wait for it.

Last week I shared my disappointment in Dami but I must admit, seeing him and Indiyah reunited – and arguably better than ever – has reignited my soft spot for them. But I fear how physically seeing Dami’s actions will make Indiyah feel (and rightly so) and they’ll be back to square one again.

The return of Adam Collard from season four has arguably been the biggest surprise of the season, and this is definitely something I’d like to see more of in the future. There are some contestants who have played such a big role in the show’s success that, if they’re single, it would only be right to throw them in the mix – especially at such a pivotal point in the series, when all the couples are settling down. Adam knew what he wanted when he came in and that confidence is something the other contestants just can’t match. 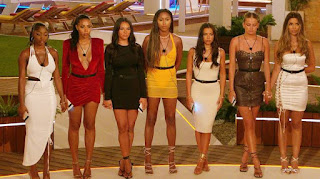 Like many people, I have mixed feelings towards Jacques leaving. Although it was admirable to see him unafraid to show his emotions and to be vulnerable on television, I think it was a bold claim for Paige to say he hasn’t been the best version of himself. Up until Casa Amor, he was absolutely fine and he couldn’t handle the fact he made a mistake. I completely agree with him removing himself from the situation and going home to ensure his mental health is as good as it can be – and that shows the fame that comes with being on Love Island didn’t matter to him as much as it evidently does to others who are currently in the villa.

Casa Amor did exactly what it was meant to do and the Love Island producers have played it perfectly to ruffle some feathers – even if it did mean having to endure some somewhat boring episodes this week. Next week, I’ll be discussing how the fame and lifestyle changes contestants face after being on the show impacts their behaviours and decisions. 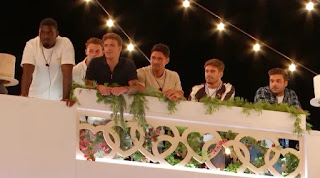