This week saw the return of arguably one of the most iconic reality television moments that hits our screens every year – Love Island’s ‘Casa Amor’. 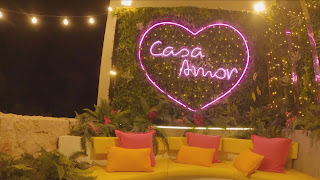 For the contestants, they are separated in two villas and six new islanders of the opposite gender are brought in for them to get to know. At the end of the week, they have to decide whether they want to stick with their previous partner, or recouple with someone new. And boy, this year did not disappoint.

But although it makes for good screening, the hypocrisy we’ve seen has outdone any other cast – so let’s discuss.

Starting with the biggest elephant in the room, Paige and Jacques. I don’t know about you, but I could see the way he acted coming a mile off. It didn’t take long for him to be swayed into getting to know not one, but two of the new girls, and be egged on by his male counterparts. He even came to an agreement with Dami that if one of them acted a certain way, the other would do it too – which was infuriating to watch.

That’s not the worst of it though, it’s how he’s acted since being reunited with Paige in the main villa that’s the problem. From telling her that it’s her decision about whether she wants to forgive him and making her feel bad for not jumping to forget about what’s happened in an instant – coupled with telling her she forgets they’re both single in an attempt to mitigate his actions – let’s hope we don’t see a repeat of last season’s Millie and Liam. Though, they have proved everyone wrong and stayed together. Admittedly, I did really like those two together when I watched last season.

Interestingly, fans have taken to social media to say Liam has changed the stereotypical Love Island ways. Until last season, those in committed couples – not necessarily in relationships, but heading that way – wouldn’t dare to sleep in the same bed as someone else or dabble in getting to know others, but after Liam proved you could get away with messing with the feelings of someone else at Casa Amor and go on to win the show, you can tell the boys have that thought in the back of their minds. Unfortunately for Jacques, it won’t wash with the viewers this year.

I couldn’t write this column without mentioning Dami and Indiyah. They may have both recoupled, but, to me, Dami’s reaction was completely unjustified. You could tell by his face that he didn’t expect Indiyah to recouple with someone new, yet, in his head, it was absolutely fine for him to do the same thing – but in a more disrespectful way by getting intimate outside of challenges, unbeknown to Indiyah at the time. His pride was well and truly hit, and the thought of having two girls at his fingertips was diminished. Dami was my favourite male contestant for a long while, and unfortunately, that’s changed very quickly.

I was over the moon to see my favourite couple Davide and Ekin-Su, who will both go down in Love Island history, choosing to remain with one another. But how long will it last? From what us viewers have seen, it’s clear something went down between Ekin-Su and George. Although it may not have been intentional, the fact Ekin-Su has kept this to herself and the producers have a clip of her asking George not to tell anyone, I fear the budding relationship

will come crashing down. If ‘movie night’ returns like we’re all hoping, I can’t see them holding this back.

If we’ve learnt one thing from this year’s Casa Amor, it’s that the grass isn’t always greener – but some people can’t help themselves but try to find out if this is the case. And as they all say, once you’ve made your bed, you have to lie in it and deal with the consequences. I look forward to seeing how the relationships blossom or fall and if you’re anything like me, we can only hope the ‘movie night’ episode is just around the corner.