Reflection: 5 Songs That Got Me Through Lockdown

Discovering new music, and by this, I mean discovering new artists and genres, certainly has been a lifelong hobby of mine. An interest that over the years had created an appreciation of different musical genres as diverse as heavy metal and folk. Indeed, music remains a faithful companion. It does not matter whether I am working on an assignment or going for a morning run, music will always be playing in the background.

Interestingly, when discovering music, I tend to associate lyrics with a state of mind or action, which usually happens to be whatever mood I am in while listening. Therefore, music holds a greater power for me because through this means I am able to reconnecting with my past self, as a result, evoking long-lost emotions and connections which I thought I had buried under the weights of memory.

During the lockdown, especially the first one, I often found myself reminisc over the past, yearning for memories that in comparison to the dismal nature of quarantine appeared as a golden age. Although the fight against Covid continues, the importance of music in my life remains unchallenged. In fact, the music allows me to evaluate how much I have developed as a person, and certainly living in the shadows of a global pandemic moulded me, and others I know, into stronger individuals.

True, lockdown had its fair share of dark moments. However, music proved to be once again to be a faithful companion against boredom, despair, and most importantly a motivating reminder of hope. As lockdown memories are gradually fading into history, I keep on finding myself reflecting on those powerful songs that gave me strength during my time of need. These songs that forever shall act as time capsules from that chapter in my life. 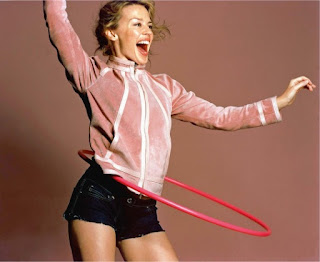 1. ‘Spinning Around’ by Kylie Minogue

Many people would consider ‘Spinning Around’ an all-time classic, and honestly is not difficult to understand why. ‘Spinning Around’ remains an energetic song that will make you sing and dance as if there is no tomorrow. Personally, this song holds a special significance because it is one of the songs that encouraged me to get into music. Whenever I listen to this song, countless memories come to me and that helps me to appreciate the position I find myself at the time of writing.

One of the most interesting aspects of language learning doubtlessly is discovering and getting familiar with songs in the learned language. In the first lockdown, in preparation for a university modern languages degree, I dedicated a substantial amount of time to learning Russian, and songs helped to consolidate my knowledge. In my opinion, Russian songs are completely different from what is usually played on UK radios, comparable to entering another universe.

Although given the current political climate praising a Russian song might be considered controversial but ‘Tatarin’ naturally belongs among those rare memorable songs for me. Indeed, the mix between electric and pop is skilfully done, creating a haunting effect, but the past part remains the smooth transition from Russian to Tatar towards the end.

Furthermore, ‘Tatarin’ holds a special place in my heart because it has been the soundtrack to my first year at university. Nowadays, I don’t listen to ‘Tatarin’ often, but when I do, I am transported back to when I was in Uni halls. A time when online society was greeted with the same excitement as a house party, and most importantly a time where music provided much-appreciated company when entire days were spent indoors the same old four walls.

However, in as much as ‘Tatarin’ deserves a thorough listen, simultaneously I would say that the sound is not the most conventionally accessible.

Eccentric, experimental, and original, Björk never ceases to surprise me. Although ‘Violently Happy’ lives in the shadows of more well-known songs, for me this is definitely in the top five songs that Bjök has ever produced. ‘Violently Happy’ has a spectral, yet calming undertone, and the electronic base marries well with Bjork’s unique vocals creating an overall captivating experience. I have an appreciation for this song mainly because I enjoy its different compositions, and because of that, helps me to relax and focus and so every single time I hear ‘Violently Happy’ it is like the first time.

4. ‘Solitary Man’ covered by HIM

Ville Valo, former vocalist of HIM, in his musical career, blessed the world with superb covers of famous songs. Indeed, Ville skilfully accomplished compositions that remained faithful to the original whilst adding a certain personal artistic touch, and for this reason, the band’s cover of Neil Diamond's ‘Solitary Man’ can be considered one of my all-time favourites. Indeed, Ville does an outstanding job in keeping the lovesick atmosphere, and since HIM is quite versatile, ‘Solitary Man’ is an excellent example of what HIM did as a band.

Furthermore, ‘Solitary Man’ became even more special to me in lockdown because I had previously discovered this song, and HIM, at a very challenging time in my life, therefore their songs reminded me that in the past in which I have been successful in resolving any obstacle.

Nightwish is an amazing band, famous for successfully mixing traditional heavy metal with opera vocals to create an overall more symphonic sound. Anyone familiar with the band, particularly those who have followed Nightwish for a while would recognise ‘I wish I had an Angel’  as one of the band s’s most successful songs. Similarly to HIM, Nightwish is one of those bands that in my time of need have always been there raising up the morale, and personally Nightwish, despite their gothic aesthetic is a rather positive and relaxing band. My favourite part of the song is the refrain because the lyrics remind me of prayers and is just overall a really calming and well-written song.