THE OVERTURNING OF ROE V. WADE: WHAT YOU NEED TO KNOW

There was no surprise for women all across the world when Roe v. Wade was overturned on June 24th. Yet again, women are being told what to do with their bodies. 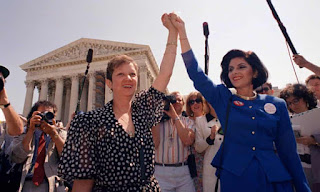 THE HISTORY OF ROE V. WADE

Roe v. Wade was a landmark legal decision which was issued on January 22, 1973. The U.S. Supreme Court struck down a Texas law banning abortion on this day, effectively legalising the procedure nationwide.

The case began with a woman named Norma McCorvey (left), who took on the legal pseudonym "Jane Roe." In 1969, she became pregnant with her third child and wanted an abortion. However, she lived in Texas, where abortions were illegal except in rare circumstances.

With the support of lawyers Sarah Weddington and Linda Coffee, she filed an abortion lawsuit on behalf of herself and others. The case was rejected, and she was forced to give birth.

Later on, McCorvey appealed the ruling to the US Supreme Court. Many lawyers argued that the abortion laws of Texas and Georgia were unconstitutional as they violated a woman’s right to privacy.

As a result, the court ruled that governments do not have the right to prohibit abortion by a vote of seven to two, judging that a woman's right to choose is protected by the constitution.

According to the Economic Policy Institute, the overturning of Roe V. Wade will cause incredible economic pain in 26 states where abortion bans are most likely to go into effect, especially impacting those who already face lower wages and limited access to health care.

This ruling does not stop abortions, it only increases the number of unsafe ones. We have seen through history what impact restrictions and outlaws of abortion have had on various places in the U.S. In Chicago, for example, more than 4,000 women were treated in the early 1960s for botched abortions.

In the United States, "back-alley abortions" were a leading cause of premature death before Roe v. Wade established national abortion rights. Back-alley abortions are illegal and dangerous ways of ending a pregnancy. Abortion is performed with coat-hangers, chemicals, and under the supervision of people who are not medically trained. During the late 1950s and early 1960s, back-alley abortion procedures accounted for 17 per cent of all pregnancy-related deaths in the U.S.

Society has taken a massive step backwards with the overturning of Roe V. Wade. The result of the public policy has caused incredible amounts of trauma, pain, and suffering.

WHO IS AFFECTED THE MOST?

There is a clear connection between abortion and sex, race, and class. Black women are more likely to face death due to being denied or excluded from a safe procedure. During the 1970s, even in states where abortion was legal, minority women and the poor were forced to perform self-induced abortions. As well, since low-income women make up a disparate share of abortion patients, the overturning of Roe. V Wade will hurt and impact them the most. 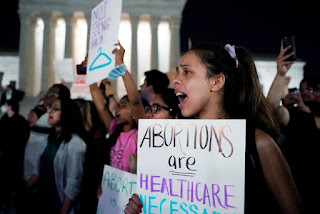 WHAT CAN YOU DO TO HELP?

There are many ways you can show support for our American sisters, such as:

➢ Sign the petition urging leaders to invest in both sexual and reproductive health.

➢ Use your voice! Protests are being organised as we speak, ensure you keep an eye out for ones local to you.

➢ Donate to abortion rights organisations. You can find out more about these here.

➢ Use your social media platform! Fight the stigma of issues that are hard to talk about, as they are the most important ones. However, before you share something – fact-check your source so you are not spreading misinformation.

REMINDER: It is important to remember to take social media breaks during times like these. It can be very overwhelming and triggering for many people, whether you can relate personally or not – remember to look after yourself first and take breaks when you need them. Sign out of Instagram, log out of Twitter, and breathe. It is an upsetting and stressful time for many, so taking care of yourself is the number one priority.