There are mostly toddlers in the waiting room. Jude watches their mothers silently. A boy with red hair turns in his chair towards Jude and calls him dada. His red-headed mother snaps and excuses her son, saying he calls every man dada. She asks which one is his – pointing towards the pool of children tousling by a wooden abacus.

None of them, Jude tells her.

She opens her mouth to say something, then is interrupted.

Jude hears his name called. It’s coming from the squat nurse with round pink glasses who called out Evie’s name twenty minutes prior. He stands and follows her to an empty exam room.  Jude sees stickers on the wall from some show he watched as a child yet can’t remember now. The nurse has a cartoon frog beside her name tag: Norah.

She says Evie passed out during blood work. Split her lip open on the floor. They’ll have to refer her to the city hospital to get stitched up. I couldn’t tell you in there, says Norah. Patient confidentiality. She sighs and says she’ll bring her over in a minute.

I can help, says Jude, but the door is already closed.

When Evie steps inside, she looks the same, except that she is holding a wad of bloody gauze under her lip. There’s a line of it down the front of her shirt like an ice cream cone drip.

Hi, she says. As Evie removes the gauze, a splat of blood hits the floor. Norah tells her to rest and motions her towards the exam table. I’ll be back with some paperwork, she says. The table is made for children, and Evie’s legs hang against the edge at a right angle. Jude can hear a baby screaming from another room.

I’m afraid of needles, she says, banging her feet against the table. Did I tell you that?

He shakes his head. You must have left that bit out.

Jude tries to remember back to when they were together – when they talked about things like fears and pet peeves. He watches Evie’s thighs vibrate as they bang against the table. It’s too far back now, he thinks.

Evie coughs, interrupting his thoughts. “I’m not going to that hospital.”

Jude hears Norah walking back from the hallway. She bends over and wipes the blood on the floor with a towel. You should be covered, Norah says on her way up. Evie is silent. Under your insurance, she says. Nothing. Jude asks her if she’s okay. He and the nurse exchange glances.

Does he know what it is, asks Evie after a pause. Is it mono or something?

The doctor can’t make any judgment calls yet, says Norah. She repositions her glasses on her nose. A high white blood cell count could mean a lot. You’re certainly fighting something.

When Norah leaves, Evie sits up and looks at Jude. Her pupils are dilated – the entire sphere nearly black. Jude says she should tell Warren. He’ll be worried about you.

Four hours earlier, Evie had called Jude and asked him to take her to the doctor’s office. She said she felt like her bones were splitting like chalk. He wanted to ask her why she didn’t ask Warren. Evie answered before he could ask. She had broken up with him the night prior.

She ignores his question about Warren. Do you know what the doctor said to me when I first described how I was feeling?

From his chair, he can see Evie’s skin beneath the bandage they placed over the needle’s insertion point beginning to bruise. She is very pale. Jude imagines the blood streaming through her sinewy veins and feels his chest constrict.

He said it’s most likely anxiety. Anxiety. She laughs and slams down onto the table. I might be the first person to get stitches for anxiety.

They check out with the cheery receptionist. There’s a jar of lollypops beside her keyboard. Jude hears the redheaded boy reading aloud from a storybook. His mother smiles at Jude when he turns around. The receptionist tells Evie that she’ll have to find a general physician soon. She says we usually cut it off when our patients turn 21.

It’s a thirty-minute drive to the emergency room. At minute twenty, Evie asks if Jude finds her to be an anxious person. He does but doesn't want to say so. Instead, he tells her: No, not clinically.

Her skin looks paler in the car than in the exam room. The spot covered by the bandage is darker now, expanding out like roots beneath her elbow. Evie pulls the gauze from her lip. 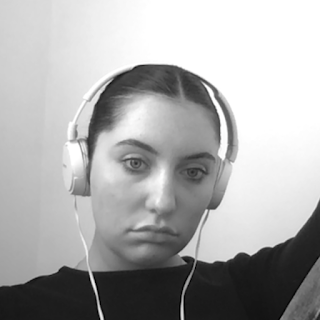