YOU SHOULD BE CONCERNED BY THE WEATHER, HERE’S WHY.

As much as we Brits love a beer garden, we must take off our sunglasses and see the reality. The world is burning.

This week, the UK reached a 40°C temperature for the first time. Coningsby in Lincolnshire recorded a high of 40.3°C - smashing the previous record of 38.7°C set at Cambridge Botanic Garden back in 2019. 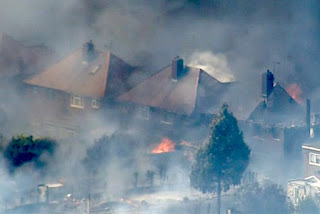 These numbers are alarming and if we, as a society, do not change now then by 2050 35-40°C Summer weather will be the norm.

Throughout the UK, the fire services reported ten major incidents on July 19th alone. Approximately 1,000 deaths are estimated to be due to failures in infrastructure during the heatwave. Humanity should take this as a wake-up call and drastically increase its efforts to combat climate change. Failure to do so could have severe consequences for today's children.

One reason many people are in denial about climate change is due to the fact that the UK experienced a heatwave for sixteen consecutive days back in 1976. Yet, as these two maps (see below) point out, in 1976 the heatwave was isolated to the UK. In 2022, we can see that the current rising temperature is a global problem. 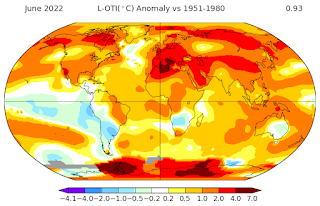 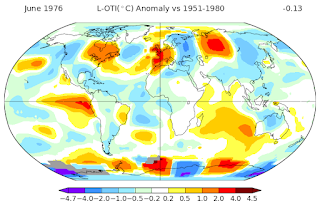 Scientists have also warned that humanity would miss a 'brief and rapidly closing window' if we do not curb greenhouse gas emissions and adapt to climate change now.

WHAT YOU CAN DO TO HELP BATTLE CLIMATE CHANGE

• Use your voice. Protest, talk to your local councillors or mayors, and spread awareness where you can.

• Eat less meat and dairy. This has been proven to be one of the biggest ways to reduce your impact on the planet. Help the planet, one meal at a time.

• Use your car less. Instead of driving to and from work, why not enjoy a walk or cycle? This helps you both mentally and physically, while also helping the planet! Even using shared transportation like trains and buses can make an impact.

• Reduce your energy use. Turn the heating down a couple of degrees more than usual or make small changes such as closing doors and curtains to conserve heat. Make the shift to use energy-saving light bulbs (and remember to turn those lights off when you leave a room), and turn off your electrical appliances when you’re not using them.

• Avoid fast fashion.  Besides contributing to landfill waste, fast fashion releases greenhouse gas emissions into the atmosphere. Annually, fast fashion is responsible for 10% of the world's CO2 emissions. Take time to research ethical brands and buy from there instead. Even better, rewear and rework the clothes you already have.

WHO IS MOST AT RISK OF CLIMATE CHANGE?

As a result of climate change, many social factors of health are being undermined, including livelihoods, equality, access to health care, and social support. In general, these climate-sensitive health risks are extremely felt by those who are most vulnerable and disadvantaged. These include children, women, ethnic minorities, poor communities, migrants, the elderly, and people who are suffering from underlying health conditions.

In the short run, the health impacts of climate change will depend on the vulnerability of certain populations, how resilient they are to the current rate of climate change, as well as the extent and pace of adaptation.

However, long-term impacts will depend increasingly on whether transformative actions are taken now to reduce carbon emissions and prevent dangerous temperature thresholds and potential irreversible tipping points from being breached.

WE MUST ACT NOW…

As the planet becomes more and more threatened by climate change, we can no longer hide from the facts.

Businesses, communities, governments, and individuals must consider how they can be more sustainable and embrace an innovative, solution-oriented mindset in order to cope with climate change challenges.

We must work together.