This essay contains spoilers for the movie ‘Fight Club’.

Over the decades, there have been thousands of controversial movies. Whether it be because of themes that aged poorly (see ‘Gone With the Wind’), explicit scenes (see ‘Pink Flamingos’), or a since disgraced creator (see ‘Annie Hall’).

Usually it is easy to pinpoint the reason, whether it be a good one or not. However, there is one that does not fit neatly into any of these categories, and that movie is ‘Fight Club’.

Although it is a decently violent film, there is nothing particularly gratuitous about the violence in ‘Fight Club’. Certainly, it earns its ‘R’ rating, but not more than an average ‘R’ movie does.

David Fincher, its director, is (for now) respectable and unproblematic. Even the themes do not stand out as especially prejudiced or bigotted. One may even argue the themes aged well, addressing police corruption and mob mentality. However, there is something enduring about ‘Fight Club’, something that keeps haters and lovers coming back to it, and it runs deeper than the film itself.

‘Fight Club’ is a movie made in 1999 based on a novel of the same name by Chuck Palahnuick. Its unnamed protagonist (played by Edward Norton) is a bored, furniture-loving salesman plagued with insomnia. He represents what every working man secretly dreads becoming: a mindless drone.

After his apartment burns down in a seemingly freak accident, he turns to the charismatic Tyler Durden (played by Brad Pitt), a handsome rebel who he met by chance on a plane. Together, they form a secret fight club, a place for men to release their emotions by beating each other up. Our protagonist thinks he’s found meaning at last, until somehow their innocent fight club blossoms into an underground terrorist group called Project Mayhem lead by Tyler. The protagonist begins to understand the implications of the ways he has sworn to, and finds himself caught up in trying to undo a mass attack on the city.

As if the movie could not get any more chaotic, he suddenly discovers that he is actually Tyler Durden himself. Mania ensues, he is not successful, and the movie ends with the protagonist hand in hand with his unconventional love interest, Marla (played by Helena Bonham Carter) while watching skyscrapers crumble as Pixie’s “Where is My Mind” plays in the background.

These two claims bring us to the unavoidable truth. Despite Chuck Palahnuick’s best intentions, despite David Fincher’s critical eye, the hyper masculinity of the movie is a lot of people’s takeaway. Sure, the movie makes an effort to condemn the morals of Tyler Durden, but that does not change the fact that at that point in the movie it may go over the heads of the viewers. To put it frankly, for every person who watches Fight Club and seriously considers the consequences of using violence as a coping mechanism, there are about five who watch it and have the urge to beat someone up. Furthermore, for those five, about half of them actually do.

An example of this disconnect is apparent in today’s lingo. In the movie, Tyler Durden tells his group of trainees that they “are not a beautiful and unique snowflake”. While the term does not originate from ‘Fight Club’, it certainly perpetuated the insult which would come to be picked up by conservative, alt-right groups. In the movie, it is used to indicate the brainwashing taking place in Project Mayhem, but it is used among those groups as a way to degrade any who disagree with their ideologies.

Aside from that, watchers continue to champion the “fuck the system” mentality, the fetishisation of violence, and reckless behavior displayed by various characters. As the author, Chuck Palahnuick has discouraged this interpretation. Over the years, he has gone out of his way to condemn the toxic masculinity that has stemmed from his book, claiming that his intent was to satirize and expose such themes. While this may be true, does this really absolve him of such widespread misinterpretations? Maybe not entirely.

In ‘Fight Club’, the movie spends a bulk of its runtime establishing the protagonist as an unreliable narrator. He is a weak, struggling man, with “deeply rooted emotional issues”. By the time it is revealed that he is the same person as Tyler Durden, he can be written off as completely unstable. Incidentally, this is the point in the movie where he realizes the error of his ways. Sure, the audience can agree with him - or they can decide that he is wimping out.

Besides the main character, no one really seems to see the flaw of Project Mayhem. Certainly Marla is not thrilled with his strange behavior, but not only has she been kept in the dark about his plans, but she has been written off as some obnoxious, for lack of a better word, slut. The strongest character at this point is, well, Tyler.

Though one could argue that it is because Tyler Durden is essentially imaginary, he never sees repercussions to his actions. He is beaten and bruised, but these injuries are glorified in the world of ‘Fight Club’. He dies, but only in a dramatic haze as his plan is being completed. When the protagonist is functioning as Tyler or as Tyler would, he is shown respect and treated with dignity.

Additionally, Brad Pitt’s portrayal is not in the least dislikable. He is sexy, charismatic, witty and even begrudgingly sympathetic. His motives, while still evil, are stronger than the protagonist who has close to none at all. He is undoubtedly the antagonist, but in a film where the most moral character is unstable at best, he stands out as far more likeable.

‘Fight Club’ undoubtedly has a message. It is a scathing take on toxic masculinity and how below casual misogyny there lies something far more sinister. However, if it’s supposed to function as a cautionary tale, its purpose is lost as soon as the warning holds no threat. Perhaps Chuck Palahnuick wanted to satirize those who turn to violence, but can those individuals be held responsible if in the process he did in fact, appeal to their sensibilities?

All in all, despite its controversy, ‘Fight Club’ is still an excellent film. The cinematography is groundbreaking, the performances are superb, and the plot unfolds exactly as it should. Even the fight scenes are the perfect amount of gritty and stylized.

So what is to be done with such a movie? Should it be boycotted to shield the less perceptive from misinterpreting it? Should there be a disclaimer before every viewing, preparing individuals to watch it with the correct message in mind? The answer is, of course, no. Boycotting it would not undo the years of possible damage, and a disclaimer would be ignored. However, perhaps as people continue to watch ‘Fight Club’, they make room for other art with similar messages. Even better, these messages can be discussed outside of art.

Perhaps there is no room for such subtlety anymore. Maybe there needs to be less fear of being shouted down, and more outspoken conversations about how there is no wisdom to be found in destruction and violence. In the end, there is room for movies like ‘Fight Club’, but only if people can continue to learn from them. 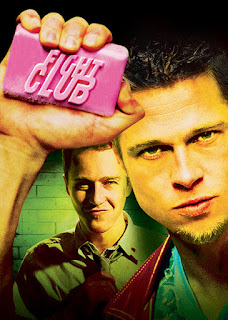