BarstoolU (formerly known as 5th Year) is an Instagram account made by Barstool Sports, with content specifically geared towards college students. It contains, as one would assume, lots of sports videos and by extension lots of alcohol and partying-related hijinx. It has its shortcomings, there is a marked lack of racial diversity and many of the posts rely on the existence of booze. All in all, though, it is generally well-liked for posting relatable content.

With 3.6M followers on Instagram and likes per post going over ten thousand, it is safe to say that everything that goes on the account has the potential to receive a decent amount of attention. However, what is the most concerning about the account (perhaps more than the claim that “it isn’t an addiction until you graduate”) is not found in the content itself, but rather in the comments section.

On any popular post, there is going to be a range of reactions in the comments section. Even so, BarstoolU seems to be especially polarized, depending on what is posted. One video of a beer-guzzling partygoer could receive the comments “I’m so quirky, pick me pick me!”, “sO fUnNy”, and “Hate to see it”, while another receives “he just like me”, “is he a man of my culture?” and “this sums up my life right now”. Regardless, there is one difference in the posts that garner negative responses, and it is that more often than not, they were originally made by women.

Perhaps part of the reason for this blatant aggression is because BarstoolU is aligned with the Man’s World of beer and athletic activities, and therefore is less likely to have an inclusive environment. Maybe, some may argue, the audience would enjoy seeing women partaking in other activities. But even when the posts do not involve beer or sports, the audience seems downright hostile towards women being featured. Some of the comments on the tamer side include phrases such as “close your legs” (in response to a woman joking about having babies with a boy from the University of Alabama) “like 20 3rd graders” (in response to some dancing sorority girls) and “this is about as funny as pulling teeth” (in response to a joke about how the old friend group still finds new things to say about old stories). Some responses are even meaner.

This may not come as a shock to internet users. There have always been crevices of the internet set aside for simply putting down women. Whether in the comments section of a pick-up artist video or Reddit pages set aside for involuntary celibates. What is surprising is how sometimes the hostility isn’t even all that hidden.

On the website Top Tens, there is a page on the most hated TikTok users. The number one entry on the list is Charli D’Amelio with number two being Tony Lopez. The reasons given for hating D’Amelio are that she is overhyped and that people find her annoying and rude. However, the reason Tony Lopez is hated includes rampant allegations of child pornography, grooming minors, and racism. 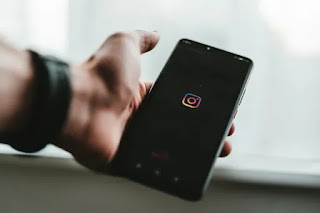 Similarly, in a 2013 list by Star Magazine, the top three most hated celebrities are Gwenyth Paltrow, Kristen Stewart, and Jennifer Lopez, with John Mayer following in fourth place. In an article analyzing the list by The Cut, they say that while Kristen Stewart did cheat on Robert Pattinson, she also “slouches” and “doesn’t wash her hair”. John Mayer is listed as a “serial heartbreaker”, which admittedly seems like a small offense compared to actual abuse (Chris Brown is somehow at the bottom of the list), but above him still are Jennifer Lopez and Gwenyth Paltrow, who “try too hard”. However, if “not trying hard enough” is also an offense, then where is the line? Or, to phrase it differently, is it a line or just an impossible standard?

Addison Rae Easterling is a 21 year old online personality who got her start on TikTok through dancing. To say that she has progressed past that would be an understatement. With a movie, countless red carpet and tv appearances, and even a doll line, Rae is everywhere. She has her fans, to be sure, but as soon as she appears in a more uncharted section of the internet (see: not a teen magazine or one of her accounts) people berate her mercilessly.

If she appears in a Jimmy Kimmel interview, most of the comments will be either praising those on set who tolerated her, or calling her annoying and ill-prepared. If she appears on the red carpet, the comments will either be commenting on her lack of clothing or the flaws in her chosen garments. To be fair, some people find all TikTok stars unbearable or “talentless”, following the longstanding trend of the harshest scrutiny falling upon the youngest people in the spotlight. But the fact remains that in the many youtube videos titled “times I felt second-hand embarrassment from TikTokers” that pick on many a content creator, almost all the comments will be about Addison Rae.

To strive for fame as a female creator/performer is intensely intimidating, especially in the digital age. All it takes is a single video blowing up for the response to be overwhelmingly negative for reasons as vague as “trying too hard”. If this is often the response that white, rich, cisgender women can receive, then how much more frightening is it for women that do not fit into those categories? How is a woman who already faces hatred for things beyond her control supposed to not get discouraged when she is aware of these comments? 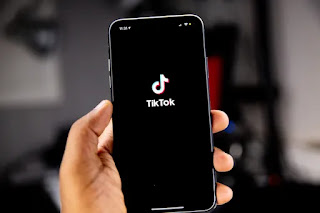 With celebrities being truly terrible at times, it is shockingly easy to leave hateful comments on people who receive widespread attention, and even easier to justify it. There is an element of untouchableness to their position of fame that makes mean comments feel like an inconsequential shout into the void. Though what is said may not reach the people themselves, it may reach people who relate to those celebrities, the people who may be part of the same minority group or are vulnerable in the same way. As easy as it is to get caught up in feelings of strong dislike, maybe online spaces would widely benefit if people stopped to consider there may be a double standard in how they view famous people. Maybe the reason they hate the person in question has less to do with genuine awfulness and more to do with the fact that she’s a woman.

O’Connor, Maureen. “The Twenty Most Hated Celebrities: Why We Hate Them”. The Cut, 2013.