H&M Under Fire for Misleading its Sustainability Credentials, a New Lawsuit Claims

A recent lawsuit alleges the fast-fashion giant H&M is falsifying its sustainability marketing. 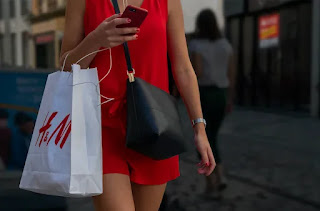 The claimant named Chelsea Commodore says H&M is “taking advantage of consumers’ interest” in sustainability and products that “harm the environment,” the lawsuit asserts. As stated in the complaint that was filed in a New York federal court on July 22, claims that in an attempt to target the growing number of eco-conscious consumers who are willing to pay more for “sustainably-made” garments. This has been due the rising interests in climate change amongst Millennials and Gen Z in the past decade. H&M first launched their ‘conscious collection’ in 2010. Considering their prime target audience is women between 20 and 34, it is a big moneymaker for this international retailer.

The Swedish fast fashion giant has mainly included ‘environmental scorecards’ for its products called ‘Sustainability Profiles’ into the labeling, packaging, and marketing materials for hundreds of its offerings, only to eventually remove them after being called out for using “falsified information that did not comport with the underlying data.” This evidently screams guilt from the retailer.

Additionally, Commodore alleges that H&M has been ‘greenwashing’ its products in the ‘conscious collection’ and also maintains the company’s recycling initiative is misleading too.

An independent investigation carried out by news outlet Quartz in June found this to be true.  As H&M’s sustainability scores, H&M’s Sustainability Profile scorecards prominently displayed on green hang tags, in-store signage, and online marketing are highlighted in the lawsuit as one of the main marketing offenders. TFL notes that on one scorecard, a dress was advertised as using 20-percent less water than similar production methods.

In reality, Quartz revealed that the dress was actually made with 20-percent more water. Similar false claims were found throughout H&M’s sustainably-marketed products. “Based on H&M’s extensive greenwashing campaign, a reasonable consumer would expect the products to be sustainable,” states the document, which claims H&M’s practices are in breach of New York General Business Law. 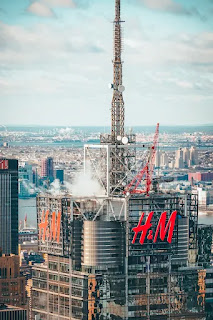 These are not the only people to hit out at H&M’s alleged false claims on sustainability. Slow Fashion influencer and activist (@venetialamanna) posted on her Instagram “a @QZ investigation found that H&M showed customers environmental scorecards for its clothing that were misleading and, in many cases, outright deceptive.

we absolutely LOVE to see it.

until we have the legislation that we need to prevent this harmful marketing, here are some things to bare in mind:
1️ you cannot buy your way out of the climate crisis. any fashion brand implying that buying something is a ‘green’ act is lying to you.”

This certainly seems to be the case as sustainable fashion directory Good On You who rate brand sustainability on People, the Planet and Animals, have rated H&M as ‘It’s a start’, with a score of 3 out of 5. H&M says it uses ‘some recycled materials’, but can we count on this? Commodore dives deeper into the Conscious Collection in her claim. According to TFL, she alleges that the collection includes “indisputably unsustainable materials like polyester”, which shed toxic microfibers, and are not biodegradable or recyclable. Such materials don’t align with H&M’s claims that “old clothes are simply turned into new garments, or that clothes will not end up in a landfill,” the lawsuit states.

Bearing in mind, in 2018, around 350,000 tonnes of clothing was sent to landfill. A shocking figure. It is certainly a big issue for the fashion industry.

Whilst it is refreshing to see a fast fashion giant go to court for its misleading sustainability claims, unfortunately, this is the grim reality of the fast-fashion industry and H&M is no exception to claims of greenwashing. Also, Fellow Spanish giant Zara has a similar line called LIFE but has not faced the same level of scrutiny as H&M.

With H&M’s plans to double its sales by 2030, is there any hope for the fashion industry, or the environment? 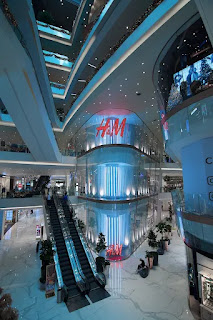