After eight weeks of watching contestants find love in the sun, Love Island series eight has come to an end – and, wow, have the weeks flown by. With the drama unfolding from the very beginning and every hour providing something new for us to sink our teeth into, this series has been a hit for me – and will go down in Love Island history as one of the most memorable to date. 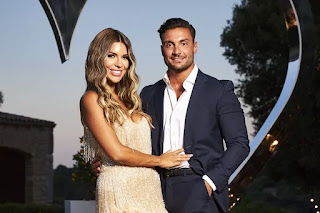 I began this column by anticipating what would come of the show’s shocking collaboration with eBay UK. Though I was apprehensive to begin with, my expectations were raised after seeing the input Brett Staniland, a former Love Island contestant and slow fashion advocate, was having on the partnership. However, unfortunately, the collaboration has left me disappointed and longing for the missed chances they could have made the most of.

Social media was key to the success of this campaign, and Love Island’s Instagram handlers missed the mark. Despite eBay UK posting about the islanders in the preloved clothing from their site, with the huge difference in following between them and the series’ account, it wasn’t reaching as many of the viewers as it should of – and it didn’t help that we weren’t made aware of when an islander was wearing an eBay garment on the show itself.

After seeing a podcast interview with Coco, one of the Casa Amor bombshells, after her exit from the show, she said those who entered at the same stage of the series she did were left with little-to-no preloved clothes to choose from. Even then, they were secondhand House of CB dresses. The contestants weren’t even allowed to take these garments home with them, and they remained with the show ready to be sold on eBay once again. Surely, if we want to be encouraging sustainability to the maximum, it would have been more effective to let the islanders keep and rewear them – not continue to promote the message that items should only be worn once before selling them on to someone else, for the process will be repeated. Seems as though selling the islander’s clothing is an attempt to raise a quick buck and, all in all, the collaboration has fallen short for me.

Looking back to when I discussed the rise of strong females at the beginning of the series, I was over the moon to see Ekin-Su and Davide take the crown this year – more than deserved, despite some arguably questionable decisions along the way. To see everyone get behind Ekin from early on in her Love Island journey was refreshing, as the typical response to women who go for exactly what they want is negative. To receive over 60 percent of the final public vote was a credit to their entertaining personas and the truly iconic one-liners they’ve both provided us with – which will always be remembered. 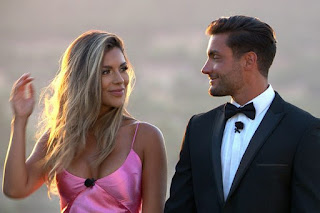 Looking to the future of Love Island, which will see two series aired in 2023, it would be good to see them shake things up. The show is arguably stuck in its ways and becoming predictable to watch. To our surprise, we saw the return of former contestant Adam Collard this year, which would have been a risk to take for the producers. Though he may not have caused the drama we’d hoped to see and settled down quicker than we ever imagined, hopefully this will encourage the team to take similar risks down the line. A great series overall, and let’s hope it continues – which can only happen if the producers listen to the demand of the viewers and spice things up.