New to the music scene, Liverpool’s Hustones have released their latest single ‘Stranger’; putting themselves out there with their nostalgic dream pop and catchy melodies. 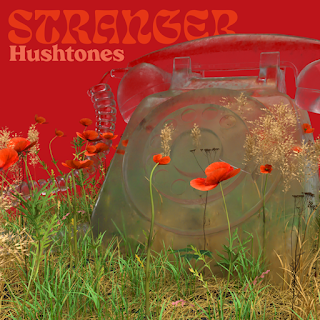 The track is described as “a love letter to those left behind in the everyday battle of trying to make something of yourself. A heartfelt song about drifting a day from old friends,” the band explained.

With painstakingly relatable lyrics like, “I look to you and I don’t know you anymore,” the lead vocals from Martha Goddard and Mick Campbell sing out as their voices seamlessly blend together, sitting delicately on top of their jangly guitar mix. The track in its entirety creates the perfectly bittersweet sound of what it feels like to move on from past friendships as you move forward into adult life, a feeling which many can surely relate to as time goes by.

As melancholy as the message can be perceived, the track itself is upbeat, melodic and a great example of modern indie pop. Brought to life through the band’s music video, it features the five members made up of Martha Goddard and Mick Campbell, alongside Caitlin McPaul on bass and backing vocals, Joe Dillon, guitar and backing vocals, and Abraham Tesfachristos, at a house party with their friends - and what better way to paint a picture of adolescent friendship. 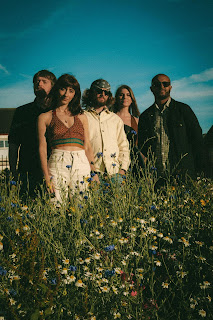 Hushtones have also accompanied ‘Stranger’, releasing an acoustic b-side track called ‘Lightning,’ that the band say is ”conversely, a song about leaving past regrets behind and looking forward.”

The two songs sit side by side in harmony, both reflecting the struggles of the band members and how as much as they desire to push forward and put all their efforts into doing so, they’re conscious of not forgetting the people who have been there with them along the way.

Following the release of their album ‘Greetings from the Other Side’ in 2021, Hushtones have continued to make 2022 a successful year. Touring with Red Rum Club, Tim Burgess, and Space whilst also supporting She Drew The Gun in their hometown. Not only that, but they sold out their headline show in Liverpool for the 3rd time, and are continuing to get the exposure they deserve across various BBC radio stations and Spotify editorial playlists.

With a growing discography under their belt, and a second album set to begin recording, it’s exciting to see where their music will go. Hushtones are definitely one to look out for.

‘Stranger’ is available to stream on all platforms now.