WHAT THE WOMEN’S EURO’S HAS DONE FOR GENDER EQUALITY 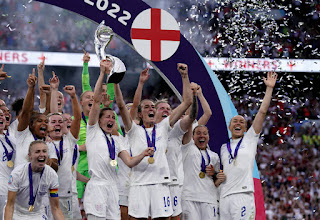 On the 31st of July 2022, Chloe Kelly threw off her shirt in celebration of scoring the winning goal for the Women’s European Championship. 87,192 fans cheering at the top of their lungs, launching pints from stand to stand as Sweet Caroline echoes the stadium… England had beat Germany, 2-1. A historical moment.

However, Women’s Football has not always been admired as much as it is now. Sexism in sports is still very prominent, despite thankfully being ever-improving.

THE HISTORY OF WOMEN’S FOOTBALL

Women’s football has consistently fought for equality, respect, and support ever since the Football Association banned it in 1921 for 50 years. 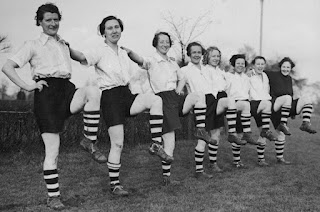 “Complaints having been made as to football being played by women, Council felt impelled to express the strong opinion that the game of football is quite unsuitable for females and should not be encouraged”

In the aftermath of the First World War, an unidentified male professional goalkeeper challenged Lily Parr to a penalty shootout many years prior to the ban.

Despite doubting her skills, he was unable to stop the ball and suffered a broken arm. People acknowledge her as a woman with a ‘kick like a mule’.

Parr became a symbol of the gay rights movement, and was the mascot of the Dick, Kerr Ladies – a football team set up in 1917 for the female factory workers who were working in some of the most treacherous occupations of the time. 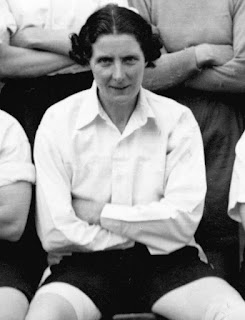 The team was the catalyst of progression for women’s football. They would often play mixed-gender matches too, yet the women’s only matches became more popular. Drawing in crowds of 60,000 people, they helped raise money for post First World War charities.

At the turn of the century, women’s football was statistically more popular than men’s. Over 25,000 fans travelled to France to witness the women’s team play their first international game!

Yet, despite the popularity of the game, the FA still decided to ban the game from the grounds.

Over the years, women in sport have been subjected to an endless amount of misogyny. Due to the male-dominated nature of football, the women's team has been particularly affected. Having constantly lived in the shadow of men’s football, women’s football is finally being equally noticed.

This is a cultural shift that we have been waiting to happen for years, this Euro win will change how women’s football is viewed forever.

“If girls are not allowed to play football just like the boys can in their PE [lessons], after this tournament then what are we doing?”

As well as this, the FA revealed in their latest gender pay gap report, that its mean hourly pay gap has fallen by 4% since 2020, to 14% in favour of male employees.

For example, the Lionesses’ captain, Leah Williamson, reportedly earned £200,000 in the previous last season. Yet, this may sound a lot in comparison to the average salary, this is just a small fraction of England’s Captain Harry Kane. To put it in perspective, Williamson earns the same amount a year that Kane earns in a week!

However, by 2024, the FA aim to have 75% of grassroots clubs offering at least one girls’ team – which is clear evidence of progression.

This Euro win has changed the perception of women in sport in general. By encouraging women of all ages to believe that if they work hard enough, they can achieve their dreams in sport. They have that opportunity there. 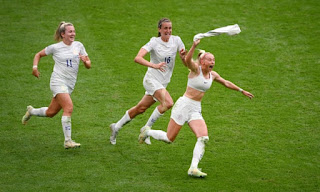