Andrew Tate: Is this your role model? 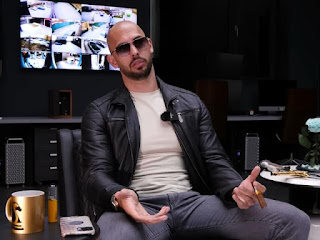 Everyone by now will have heard of Andrew Tate. The former professional kickboxer who used his social media platforms, prior to being banned on them all, to spread his violently sexist, homophobic and predatorial views, has regrettably taken the internet by storm.

Comparing women to dogs, stating that they’re property of a man, and that women should ‘’have kids, sit at home, be quiet and make coffee,’’ his disturbing levels of misogyny have led to him to becoming one of the most famous figures on TikTok, where videos of him have been watched 11.6 billion times. In July, he was Google searched more times than Donald Trump and Kim Kardashian.

Tate is no stranger when it comes to knowing how to reach maximum engagement levels, and styled as a self-help guru, he offers online classes on how to make money online. He’s recently claimed he was simply just ‘’playing a comedic character’’ in his most controversial circulating video clips, and that what he has said in the past is being ‘’taken out of context.’’ 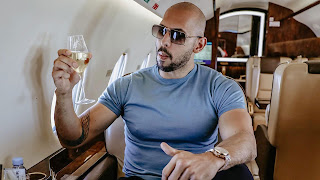 There’s a recurring theme to the topic of discussion that Tate tends to go for, and that is women, more often than not discussing them with other men. Referring to them as property, saying he’ll never date older than 25 because they’ve got ‘’used up pussy,’’ and that he goes for women ages 18-19 because he can ‘’make an imprint’’ on them; Every discussion he aims to set men on an untouchable pedestal above women, leaving them as what he refers to as ‘’dumb’’ and ‘’stupid bitches.’’

Often seen in his videos in comfortable settings with little repercussions for his actions, having ‘banter’ with his interviewer or interviewee, he’s creating the impression that these comments and opinions are manufactured in a safe space and are normal, when they’re not. Broadcasting this to millions of people, Tate is consistently implementing dangerous double standards to an impressionable young audience.

It’s hard to believe that there would be many people who agree with that he has to say, but there’s still a scary amount of support left for Tate across the internet. On YouTube, he features in the podcasts ‘’BFFs Ep 88’’ and ‘’Full Send Podcast: Andrew Tate exposes how he makes money, talks scamming people and dating Kylie Jenner,’’ both posted as recently as 1 month ago, in what seems to be Andrews’ attempt to represent himself in this ‘stripped back’ and ‘real’ way in conversation with the podcast hosts.

The comments flooded with support: ‘’It’s crazy that being extremely confident and being a man that says whatever he wants is so crazy in today’s society. Props to Tate for not being afraid of any of that bullshit,’’ ‘’You can’t help but appreciate Andrew Tate’s mind and assessments of the world. Misogyny and sexism aside,’’ and ‘’Andrew Tate lies a hero to us younger guys out there, the only person who’s tried to spark genuine game into all the little homies minds,’’ playing a character or not, he’s gained an abundance of support from his primarily male audience.

Continuing to use derogatory terms in these interviews, he labels women as ‘’stupid bitch’’ ‘’hoe’’ and describes feminists as ‘’so busted. If you’re going to be a feminist at least get hot first,’’ despite claiming that the idea he’s anti women could not be ‘’further from the truth.’’

In a statement released from Tate following his ban from social media, he says “In the last two weeks I dedicated over one million dollars to charities supporting women. I posted this on Instagram, but Instagram ignored it.’’

‘’The media is spinning a false image of me, on repeat, and Instagram bowing to pressure is a massive shame. I will always have millions of fans around the world and my platform would be a beacon of light, teaching people of all genders and races how to respect one another for years to come. Now these fans can not learn important lessons of love. Why?’’

“I am a fantastic role model for all people, both male and female.’’ 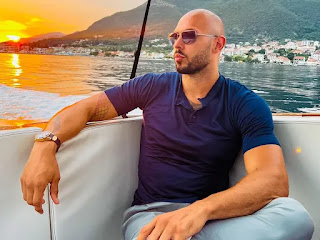 But he’s not your role model, and he’s not just another overly quirky internet misogynist, he’s instead under ongoing investigation by Romanian police in relation to holding women at his property. In April 2022, Tate’s house was also by the Directorate for Investigating Organized Crime and Terrorism of Romania (DIICOT) in relation to a human trafficking and rape. Not only this, but in a now-deleted video posted to his YouTube channel, Tate stated that he decided to move to Romania in part because it was easier to be absolved of rape charges in Eastern Europe.

Andrew Tate might have been stripped of his privileges in many parts of the internet, but his damage is already done. Viral clips of his ‘hottest takes’ still circulate, and suddenly basic female equality and respect is up for discussion again; The discourse he has created has only continued to normalise this everyday sexism we see online. In a time where women and their rights continue to be debated, brought to light through the recent division of the US in the Roe v Wade ruling, misogynists everywhere are believing social media as safe spaces to spew up their sexism in the echo chamber Tate has created.

This man is no role model, and it shouldn’t have taken this long for social media to step in. It’s time to stop giving people like him a voice, and platforms need to do better.