On August 24th, six months after the season 2 finale, Barbie Ferreira announced her exit from HBO hit show, euphoria. This means she will not be returning to film the show’s third season. The actress also wrote a heartfelt goodbye to one of the show’s most complex characters, Kat Hernandez. “after four years of getting to embody the most special and enigmatic character kat, I'm having to say a very teary-eyed goodbye," she says. 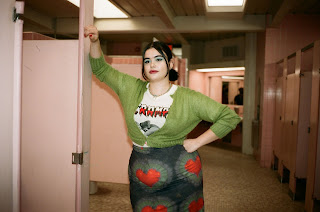 Kat Hernandez doesn’t fit the prolonged “fat girl trope” as her character aimed to break new barriers of complexity. In season 1, we see her undergo a metamorphosis after a traumatic sexual experience and see her reach an awakening consisting of promiscuity and a stylistic transformation. These changes allowed her to achieve a “fake it till you make it” level of confidence. But the controversial question remains, was Kat’s confidence genuinely authentic, or did it stem from male validation? That's a question even viewers can't seem to answer. 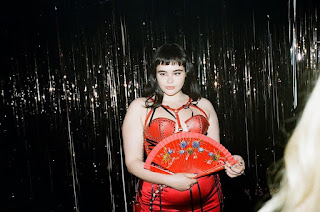 Even though Kat Hernandez played a memorable part in the hit show’s first season, the second season reduced Kat’s character to the background  When we see her internally debate about her relationship with her boyfriend, Ethan, who she then breaks up with by claiming she has a terminal brain disorder and we see her be the mediator between two former best friends in a fiddling love triangle with one’s former boyfriend, Nate. We still have yet to wonder how Kat’s character is going to be written off, but that's a riddle that one can only wonder about until the next season.