GOD SAVE OUR QUEEN: THE IMPACT OF THE QUEEN’S DEATH ON SOCIETY

As a result of Queen Elizabeth II's death on September 8th, 2022, protesters were arrested,

on the funeral... So, what does the queen’s death mean for Britain? 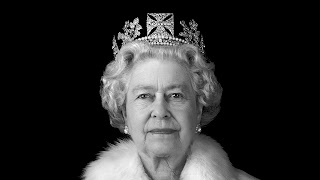 It is estimated that Queen Elizabeth II's funeral was the most watched event in history,

garnering billions of views. Despite this, many people did not feel it was appropriate to

grieve for a woman who personified class oppression and hereditary privilege. Shock.

empire throughout history, which resulted in decades of suffering, death, and financial

collapse. Many people agree that a call for reparations is in order.

The reaction in the U.K. was immediate when the news broke. The queen's memory was

Yet, where was this sense of urgency in the fight against the Covid-19 pandemic? Where is

the urgency to address the cost-of-living crisis? You know, the same cost of living crisis that 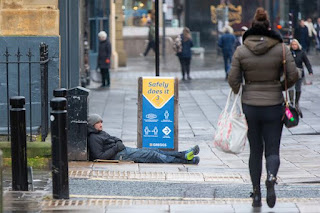 - An 82% increase in gas or electricity bills

spending on food and essentials.

- Approximately a quarter (23%, roughly 11 million people) used their savings to

- Roughly 4 in 10 disabled people whose cost of living has increased, has cut back on

their spending on food and essentials because of their increased costs of living. This

- As of August 2022, it was revealed that the average household’s disposable

- As of May 2022, according to the Food Foundation, around 7.3 million adults live in

- 13.8% of adults have said they or someone in their household had been unable to

afford or get access to food in the past month.

It is heartbreaking to see these statistics. While families struggle to feed their children and

hesitate to turn on the heating this winter, we're paying between £8-20m for the

Queen's funeral. There is a petrifying sense of injustice here.

People queuing to see the queen's coffin had access to portaloos, freshwater stops were

installed, and The Salvation Army served hot drinks and food. Yet, where is this type of

urgent treatment for the 74,000 homeless people in the U.K right now?

As Queen Elizabeth II's death has demonstrated, some people's lives matter a lot more than others in this classist society.

inheritance taxes, while working-class families suffer the consequences of funerals and

hospital appointments are being cancelled/postponed during this national “mourning period”.

overshadowed by media coverage that is focused primarily on the Queen.

We must put aside this outdated, unjust concept of royalty and start treating everyone