Our new Prime Minister’s nomination to Downing Street was poorly received by the LGBTQ+ community, and rightly so. This is largely due to her involvement with the Gender Recognition Act – but what does this mean for the UK trans community? 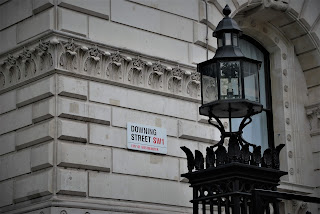 The recent announcement of Liz Truss’ appointment to Number 10 was received with great dismay, and in some cases, even fear by the LGBTQ+ community. Time and again, the newly appointed PM’s actions have been described as failures not just in allyship, but leadership as a whole. Her curt ‘No’ in response to the question “are transgender women real women”, is a clip currently inundating most social media platforms. This excerpt, taken from a leadership husting in Cardiff, shows Liz making her belief that “a woman is a woman” plain, alongside the aforementioned claim. This is just one example of Truss revealing herself to be someone lacking support towards the transgender community. So, let’s explore just one of the key moments in which our new Prime Minister denied herself ‘ally’ status – namely her scrapping of proposed reforms to the Gender Recognition Act…

To begin, it seems right to clarify what the Gender Recognition Act (GRA) is. First effected on the 4th of April 2005, the GRA enables people with gender dysphoria to change their legal gender. It allows them to receive a Gender Recognition Certificate (GRC), in which it is stated that its owner has satisfied the agenda for legal recognition in their identified gender. This criterion includes but is not limited to, a medical diagnosis of gender dysphoria, and a medical report detailing any medical treatment they have had, or plan to have. It further includes proof of living in the acquired gender for at least two years and a statutory declaration that the applicant intends to live in the acquired gender until death. 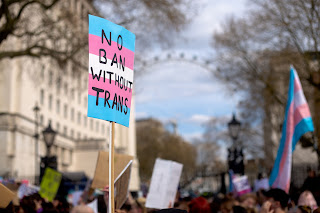 When the Scottish Government published their 2017 review of the GRA, they rightly criticised the ‘intrusive and onerous’ procedures required for a GRC. These requirements once again came under fire in the European Commission’s June 2020 report, in which it was noted that the ‘intrusive medical requirements’ as laid out in the GRA mean that it lags behind international human rights standards. This is even before we consider public opinion, made painfully clear in a 2020 public consultation revealing widespread support for all aspects of reform – with 64% in favour of removing a diagnosis of gender dysphoria, and 80% in favour of removing the requirement for a medical report. However, in a speech to the Women and Equalities Committee, Truss indicated an intention to deny trans people legal gender recognition without medical involvement, an intention which was confirmed in June 2020, when these planned changes were officially discarded. Despite the energy invested by the government into its public consultation, Truss, the then women and equalities minister, announced medical ‘checks and balances’ would remain integral to acquiring a GRC – indicating a belief that trans people must prove their gender identity before being granted legal recognition.

Although the price of acquiring a GRC was reduced from £140 to £5, and much of the procedure was moved online to increase its accessibility, reforms considering self-identification without medical mediation were dropped. Truss commented that ‘It wouldn’t be right to have self-identification with no checks and balances in the system’, in regard to the required medical diagnoses, and maintained that a proposal for trans people to self-identify their legal gender is ‘not the top priority’. These comments have come under fire from LGBT groups, who argue that psychiatric diagnoses are ‘dehumanising’ and align being trans with having a mental illness.

To conclude, Truss’ claim of ‘full respect for transgender people’, is undermined by her failure to reform the GRA, not even to mention her failure to ban conversion therapy, and her aversion to the ‘identity politics’ of the left. She has yet to prove herself a true supporter of the transgender community, and the GRA has yet to be reformed into a bill which not only makes legally changing one’s gender accessible and affordable but allows those undergoing the procedure of acquiring a GRC to feel respected – a feeling currently negated by outdated, disrespectful procedures harking back to illiberal times.