More Than a Few Good Men

It is no secret that the way masculinity is perceived is changing. Men worldwide are discovering that being a man can look however they want it to look and that the rigidness of masculinity does not have to hold them back any longer. But while men like Harry Styles, Conan Grey, and Lil Nas X step into the limelight, some men feel alienated by this new wave of self-expression. This alienation can turn into insecurity, which can turn into bitterness, which can turn into blatant resentment. Misogynist celebrities have seen this shift and feed off of it, giving vulnerable young men dangerous ideas.

However, just because manhood has a troubled past doesn’t mean that a more traditional approach to manhood is always unhealthy. One can present themselves in such a way without feeding into negative stereotypes. Many good role models demonstrate that one can be classically masculine, people just have to care enough to look. 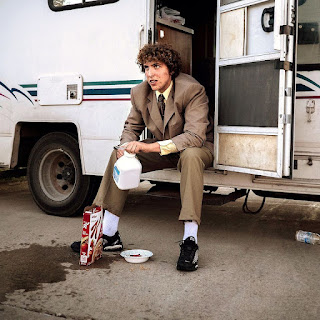 Andrew Callaghan of Channel Five News (formerly hosted All Gas No Breaks) is, in his own right, not only a good host but a good person for young men to emulate. His show consists of him going to different events and letting people tell him what their cause is, as opposed to forcing a microphone in someone’s face. He is not only well dressed but knows how to listen. He conducts himself in an intelligent, well-spoken manner and in interviews advocates for taking big steps for your career. For all of these reasons, Channel Five is wildly successful, and Callaghan is a well-respected creator. No matter who he works with, it is clear that he treats everyone with equal reverence, which is refreshing in a world that tells men that masculinity needs to scream. 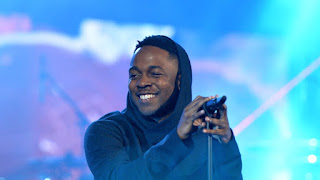 On the other end of the creative spectrum is Kendrick Lamar. While he has made mistakes in the past, he addresses them with an upfront openness. He makes it clear that while sometimes he messes up, he tries to make his wife and family a priority. Overall, he is a man well acquainted with raw emotion, but in such a way that other men could potentially find more accessible. Lamar is also very upfront about confronting various social issues in his music, such as systematic racism, addiction at a young age, the school-to-prison pipeline, and how easy it is for kids in lower-income communities to fall into a life of crime. One of the most talented rappers of this generation, possibly all time, he still maintains a respectable matter. Lamar is most certainly a remarkable individual. 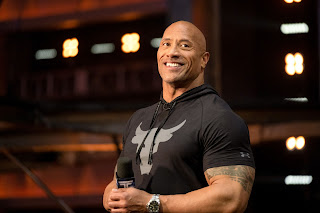 While there are certainly many celebrities with a wide range of talents, Dwayne “The Rock” Johnson has perhaps one of the most diverse careers. A wrestler, actor, sometimes voice actor, body-builder, and host. All of this while also using his platform to raise money for various causes such as Hurricane Harvey and create the Dwayne Johnson Rock Foundation - a charity that specializes in children in need. Johnson manages a fairly respectable public persona. He promotes taking care of oneself both physically and mentally, as well as being a good dad and husband. Even when he and his first wife split up, they remained on good terms (Scipioni). He is undeniably an image of strength but demonstrates respect and kindness to those around him.

Another well-dressed, multitalented male celebrity is Trevor Noah. Not only is he the host of The Daily Show but he is the author of the incredible book Born a Crime. While celebrity books can be a hit or miss, it is safe to say that Born a Crime transcends that label and has become a classic in its own right. In it, he gives detailed accounts of his life in South Africa and what it was like growing up biracial during the apartheid. The book is vulnerable, raw, and brutally honest in a way that feels relatable to the audience, even while the events may not be. Aside from his literary career, he also speaks eight languages: English, Afrikaans, Zulu, German, Southern Sotho, Xhosa, Tsonga, and Tswana (Noah). While Noah has had a few controversies in the past, he has responded to them with grace and dignity, proving he can take criticism and grow from his mistakes. 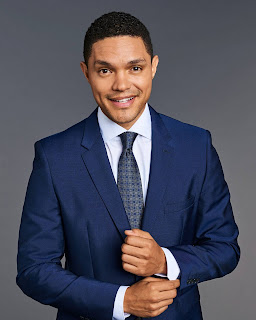 There are many other positive male role models out there. For example, Conan O’Brien, Kumail Nanjaini, Karamo Brown, Frank Ocean, Chris Evans, Terry Crews, and Pedro Pascal are all brilliant respectful men that present more traditional masculinity. And these are only men who are still alive, many who have passed on exemplify good manhood. They demonstrate that one doesn’t have to turn to toxic masculinity to be masculine.

Scipioni, Jade. “Dany Garcia on building a business empire with Dwayne ‘The Rock’