Taking a huge step in fighting the climate crisis, founder of outdoor apparel company Patagonia, Yvon Chouniard, has donated his business to an environmental trust and non-profit organisation. This means that from now on, all of their profit made will go towards fighting climate change and wilderness protection, stating on their website that the ‘’Earth is now our only shareholder.’’ 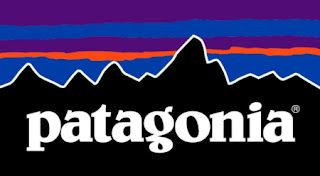 From starting out in 1973, Patagonia quickly grew into something incompréhensible for Chouniard, who says he ‘’never wanted to be a business-man,’’ and told the New York Times that he was ‘’horrified to be seen as a billionaire.’’

‘’I started as a craftsman, making climbing gear for my friends and myself, then got into apparel.’’

"As we began to witness the extent of global warming and ecological destruction, and our own contribution to it, Patagonia committed to using our company to change the way business was done. If we could do the right thing while making enough to pay the bills, we could influence customers and other businesses, and maybe change the system along the way."

Between the years of 2022 and 2026, there is a 93% chance that one of those 4 years will be the warmest year to date so far, and global temperatures will continue to rise; Patagonia’s sales were worth around $1.5 billion this year, and it is thought that the profits to be donated to fighting such climate causes will be around $100 million.

From the materials used in their clothing (all of Patagonia’s cotton is certified organic by the Global Organic Textile Standard), to campaigns and conservation, this isn’t the first time the brand has decided to be active in helping save the environment and have actually spent years creating a genuine ethos surrounding sustainability and climate activism. 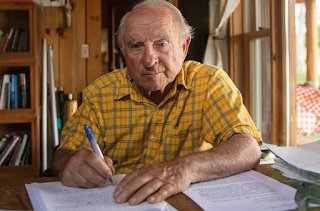 Their 2 most notable initiatives being their resell hub Worn Wear, where customers have the option to either trade in their old Patagonia clothing for credit towards their next purchase, or purchase pre-owned clothing for a heavily discounted price, and 1% for the planet, in which the company pledged to donate 1% of its sales to preservation and restoration of the natural environment since 1985.

When it came to their most recent decision, owner Chouniard said he did debate selling Patagonia and donating the money from doing so to charity, soon realising that that would mean giving up control of the business completely.

Instead, the company’s voting stock will now go to the Patagonia Purpose Trust to ‘’protect the company values,’’ and the non-voting stick will go to the Holdfast Collective, which is a non-profit that will use these profits for environmental action.

In a world dominated by swarms of fast fashion and trend hungry clothing brands, Patagonia’s dedication to such an ethical cause is a breath of fresh air. With such an influential company taking such a big step, it begs the question of if other brands will follow in their footsteps.