THE COST OF LIVING CRISIS: “IT ALL JUST FEELS LIKE IT’S DOWNHILL FROM HERE”

In 2022, the Office for National Statistics disclosed that domestic gas prices have increased by 96% and domestic electricity prices by 54%. As well, 89% of adults in Great Britain reported an increase in their cost of living. There is an inevitable feeling of anxiety and fear felt by everyone. 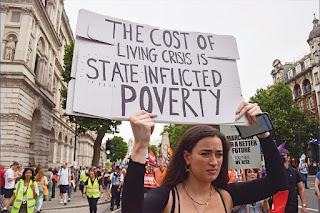 In spite of the crisis affecting everyone, Gen-Z is particularly affected as they confront inflation for the first time.

The RSA revealed that almost half (47%) of young people are unable or just about managing to make ends meet each month, or have an income that constantly varies significantly. Young people are also more vulnerable to this ‘financially precarious’ group as they get older, with 57% of 22-24-year-olds in an uncertain financial situation, compared to 38% of 16-18-year-olds and 48% of 19-21-year-olds.

Glassdoor research later revealed that 21% of 18 to 24-year-olds are worried about finding a job that supports the cost of living. 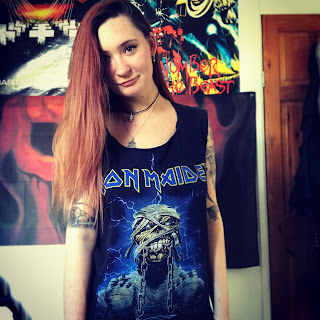 “I’ve never felt like I’ve had a ‘home’ since my childhood [...] So, living in London for my career, and being in my mid-20s and practically being forced to continue house sharing with people who do not respect my space or surroundings, is soul-draining. Especially as the prospect of ever being able to have somewhere to call my ‘own’ feels impossible, the only way I’ll ever be able to do that is most likely with a partner. But that is not the pressure I want to put on my partner; I want to be able to know that I’ll be able to live on my own one day, off my own accord.

Even if it is cheaper to live with three other people, I still don’t have enough money to then go out and enjoy life, ie. the cinema, a work lunch, a manicure…And then if I did move in with my partner, I’d get my own space, but then I’d have to give up more of my salary for rent and council tax [...] It all just feels like it’s downhill from here. Something has always got to be sacrificed". 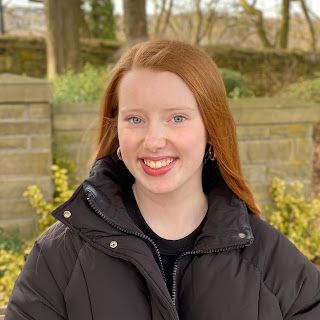 “I have recently started my first full-time job and have moved back home with my parents. I have the goal to eventually move in with my boyfriend when the time is right and we have enough money saved - but if I didn’t move back in with my parents, I wonder what I would have done. It’s really anxiety-inducing to wonder how much things will continue to go up by the time I am able to move out and provide for myself completely” 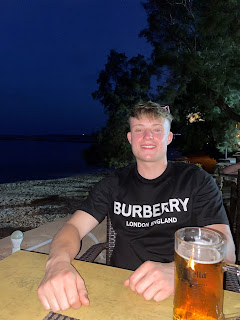 “My mum and dad bought a house in the ’90s for £80,000 - it’s now worth over £300,000. This just proves that the price of houses has rocketed. It makes me feel stressed that I am not going to move out until a later age, being stuck at my parent's house in order to save. I’m constantly worried about finances rather than enjoying my 20s”

The examples above are just a few examples of the anxiety inflation has caused Gen-Z. In response to the rising cost of living, 33% of Gen-Z are concerned that they will never own a home or start a family. Further, a quarter (24%) of young adults say the ongoing cost of living crisis is their biggest source of anxiety.

JRF, an anti-poverty charity, released a report that stated that those in the bottom 40% of household incomes are particularly affected. The organisation also found that over 70% of low-income households with young adults were behind on one or more household bills, and 80% with an 18-34-year-old in the household were going without basic necessities.