What can we do about Britney?

On September 12th, Britney Spears posted a naked picture with her back facing the camera. Her backside is covered with a heart emoji, and the caption has since been deleted. To say that there is a variety of comments would be an understatement. They range from “QUEEEENNNNN” to “please stop. Stop the photoshopping, stop the nudes, stop the drama. Unplug and find healing”.
There is no question that Britney is well acquainted with controversy, from the scandalized responses to her music, to the media’s reaction to her public meltdown and everything in between. However, this time it’s different. 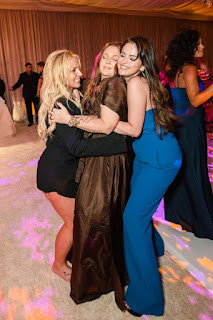 On November 12th of 2021, Britney Spears’ 2008 conservatorship with her father, James Spears, was terminated. Her fans were overjoyed, the conditions of the conservatorship had deprived Britney of free will and deprived her of body autonomy. Fans wanted to see her thrive after the conservatorship was terminated. While some believe she is doing just that, some are troubled by the erratic and sometimes inappropriate nature of her posts. However, even though people seem unsure how to react, some of the reactions are quite disturbing.
On the pictures that have more of a scandalous tone, comments that read “well this isn’t healing any relationship with your sons”, “how old are you ? Grow up”, and worst of all “...you wonder why she was under a conservatorship? This is why, she needs help people.”
They all have the same tone, condescending, knowing, and disgusted. While some do come from a genuine place of concern, they all seem to be asserting that they know what is best for not only Britney but her sons as well. The fact is, they do not. 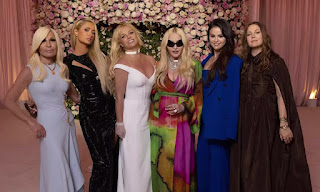 It is easy to see how a parasocial relationship with Britney could be possible, especially since fans most likely see themselves as responsible for her release. The “Free Britney” movement, after all, did raise awareness of the dire nature of her situation. Still, Britney was not rescued by her fans. They did not convince the judge or do anything to forward the case.
However, there is still an entitlement to the way these fans interact with her page. They act as if the possibly harmful nature of the posts inflicts them the most, as opposed to Britney herself. There is no question that Britney needs some sort of guidance, help, or counselling, but scolding her in the comments will not accomplish anything.
How then, are people supposed to address Britney Spears? Between her NSFW posting, the online ridicule of her children, and sometimes insensitive comments, it is hard to know. However, once we take away her celebrity status, there is a more evident course of action. 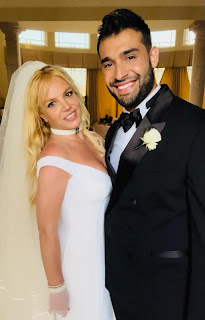 If Britney Spears was not famous, and instead a friend, we would not publicly berate her, but we would not pretend there is nothing wrong. We would simply acknowledge the fact that she is not getting the help she needs, and perhaps not engage any further than giving her post a like. Perhaps giving her less attention would improve the situation, and she will not feel as compelled to be shocking. Regardless, it is more respectful of her situation than egging her on, and certainly more so than condescending her. After all, disappointed comments do nothing but normalize public shaming, which is the least effective strategy when interacting with someone who is mentally ill.
At the end of the day, Britney Spears deserves respect. Not only is she navigating healing after enduring endless ridicule and abuse, but she is a human being. She is not perfect, no one is, and extending grace toward her in a digital space may be the best thing to do.