J.K. Rowling and The Ink Black Heart: It Isn’t What You Think, It’s Worse

The Ink Black Heart is a book by Robert Galbraith. It is about a cartoonist that is being terrorized by an anonymous online persecutor, who eventually murders her. The mess is left to be unraveled by dynamic detective duo Robin and Cormoran, who make it their mission to discover the identity of the persecutor.

On paper, this summary is a rather standard modern detective novel, attempting to put a spin on the genre by incorporating current-day technology. However, there is a bit of a twist. The cartoonist ultimately falls victim to people who accuse her of being a bigot. The author, Robert Galbraith, is the pen name of none other than Joanne Kathleen Rowling.

To understand the significance of the book, it is necessary to explore the endeavors of Rowling, specifically those taking place online. Rowling is, after all, an unabashed “gender critical activist”. In other words, she is a terf. To be clear, she does not believe there is anything wrong with this and does not see why people think so. She believes she loves trans folk. In her essay “Terf Wars”, she claims that she has nothing but love and respect for them. Except, on further examination of this essay, she doesn’t, not really.

Many people are confused about J.K. Rowling’s stance, reducing it to openly angry and hateful. However, it is important to gauge that her views are more shifty than that, and there are many layers to the rhetoric she represents. 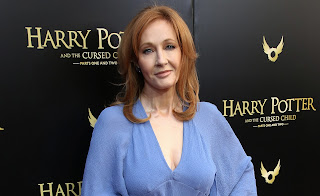 First and foremost, J.K. Rowling believes that some of the people who claim to be trans women, while can at times be considered as such, have the potential to pose a threat to people who were assigned women at birth. She believes that “When you throw open the doors of bathrooms and changing rooms to any man who believes or feels he’s a woman – and, as I’ve said, gender confirmation certificates may now be granted without any need for surgery or hormones – then you open the door to any and all men who wish to come inside”. She claims real trans folk pose “zero threat,” but in the very next paragraph claims that one needs to undergo a medical procedure to achieve the said title. This is unfortunately an argument aligned with transmedicalism.

Transmedicalism is the belief that being transgender is contingent on requiring medical treatment and experiencing dysphoria. This opinion is problematic for many reasons. While transitioning is an option for certain people, for some, it is out of reach, whether because of a lack of financial support or risks involving the surgeries themself. In addition to that, it creates an idea that transgenderism is a medical condition or a mental illness as opposed to a form of gender expression. It chooses to define gender based on struggle and excludes the possibility that it is defined by exploration and evolution of self.

However, later in the essay, Rowling states that gender transitioning measures are not the solution for all dysphoric people. She explains that “the allure of escaping womanhood would have been huge” if she had been a teenager in today’s world. However, she then goes on to say that “fortunately” she grew to define womanhood on her terms thanks to feminists who paved the way for her. She explains that a transition may not be necessary, because some people are just mentally ill. Yet, in her description of womanhood, it is something that leaving would be to “escape” it. It becomes clear from her grim descriptions that she at times regards it a prison. Her version of feminism reveals itself here, to her there is no celebration or joy to be found in femaleness. Instead, it is defined by the pain and trials found in it. For Rowling, womanhood is pain. 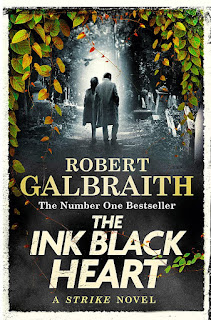 Defining feminism as being a mere response to oppression instead of the uplifting of femme presenting people is not the only disservice she does for it. she also creates a dangerous paradox. According to this logic, a transwoman can only call herself a woman through undergoing medical treatment, yet only some people who desire medical attention should receive it because they are using it to “escape” their other mental ailments.

Summing up her beliefs, Rowling is essentially regarding womanhood as an impossible status to achieve. Those who wish to achieve it cannot claim it for themselves, and must undergo the scrutiny and testing of others to deem them ‘worthy’. Do they actually want to be a woman, or are they mentally ill? Do they actually want to be women, or are they just pretending? This is altogether more sinister when because J.K. Rowling places herself in the position to be the judge of who is worthy of transitioning, as opposed to the trans woman herself. This is oddly adjacent to women she chooses to sympathize with, women who want abortions or decide to speak up against abuse they underwent. If one of the goals of feminism is valuing female opinions for female matters, Rowling’s disbelief of trans women for trans women matters is largely hypocritical. Rowling has effectively created a gender hierarchy within the preexisting battle of sexes, but one in which she becomes the patriarchy.

Returning to the most recent addition to her body of work, it sits bizarrely as a reflection of how she views the situation. Mrs. Rowling, in all her dismal opinions, does not sit well with everyone. So much so that some people are quite angry with her. However, because Rowling does not see her views as hateful, the hate she receives seems unwarranted.

In The Ink Black Heart, the cartoonist made a show intended to be for children, with no hidden depth. She receives hatred from social justice-seeking fans, who believe she is promoting dangerous ideals. If this character is intended to represent Rowling, it falls apart here. Not only is Rowling receiving backlash for her very explicit social views, but she has also attached various ones to her own body of fictional work (as seen with the cross-dressing man-killer of cis women in one of her other books). The common misconception of the book is that the cartoonist is blatantly transphobic because that’s how people see Rowling. On the contrary, the situation is meant to be read as vaguely apolitical, because that’s how she sees herself.

The Ink Black Heart, while also poorly constructed and paced, shows Rowling’s victim complex. She never seemed to understand why people did not continue to praise her, and willfully refused to see the error of her ways. The fact of the matter is she is at best misguided, and at worst the equivalent of a blindfolded horse running through a marketplace pulling a wagon full of flaming hay. She is propagating destructive views, and when people react in extreme ways, she focuses on how she is affected. Sadly, there is not much to be done, only to realize that her work is a sad attempt at conveying her point of view, and deserves no further attention.