The Met Gala 2023 theme has been announced by no other than iconic Chanel designer Karl Lagerfeld. Tracing the late designer’s 65-year career working with labels such as Chanel, Fendi and Chloé. He sure had quite an impressive career.

“Karl Lagerfeld – A Line of Beauty” will commemorate how the creative director’s 2D sketches transformed into tangible clothes. Max Hollein, Marina Kellen French Director of The Met, said, “Karl Lagerfeld was one of the most captivating, prolific and recognisable forces in fashion and culture, known as much for his extraordinary designs and tireless creative output as for his legendary persona. This immersive exhibition will unpack his singular artistic practice, inviting the public to experience an essential part of Lagerfeld’s boundless imagination and passion for innovation.” This is certainly true, but Karl Lagerfeld is also deeply problematic as a theme.

It is the third designer-themed- gala, previously with Alexander McQueen in 2011 and Rei Kawakubo, of Comme des Garçons, in 2017. The exhibit will showcase more than 150 garments. Though, each Met Gala isn’t without its scrutiny. In recent years it has come under fire for its lack of BIPOC designers. Which has only been highlighted with its American themes, and performative activism continues to raise questions about its authenticity. 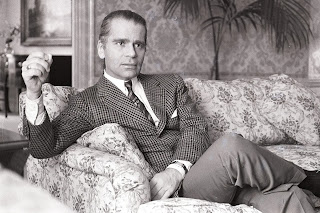 Actor and feminist Jameela Jamil hit out on Instagram in a post with a picture of him captioned ‘Nope’. This man... was indeed, supremely talented, but used his platform is such a distinctly hateful way, mostly towards women, so repeatedly and up until the last years of his life, showing no remorse, offering no atonement, no apology, no help to groups he attacked... there was no explanation for his cruel outbursts," Jameela Jamil said on Instagram.

"Sorry, but no. This isn't the 90s. We didn't fight all this shit just to throw it all away because some white guy made some pretty clothes for people's skinny faves... come on now."

The 36-year-old continued: “Why is THIS who we celebrate when there are so many AMAZING designers out who aren't bigoted white men?”

Like the late designer Virgil Abloh perhaps?  Former Creative Director of Louis Vuitton and Off-White. This would’ve been a more suitable and less offensive choice of the designer to ‘honour’. He holds greater fashion and cultural appeal, and sadly died last year, just before last year’s Met Gala. He also was a much-loved figurehead in the fashion industry too.

So let’s delve into all the bigoted things he’s said until his death in 2019. 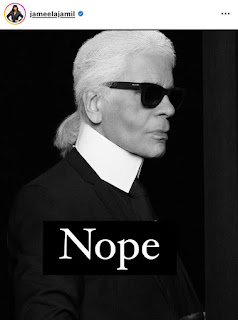 Lagerfeld was vocal about his belief that runway models should be sample-size models, meaning that they shouldn't be over a size UK six or a US 2." No one wants to see curvy women," he told Focus in 2009. He believed supermodel Heidi Klum was  "too heavy" and said that Adele was "a little too fat".

He defended fashion's obsession with thin women, calling fatness "dangerous and very bad for the health". When asked about Chanel's obligation to represent "slightly healthier models" as opposed to "very thin models," Lagerfeld brushed off the question and touted it as a "bore" and "ridiculous" before expressing the dangers of obesity.  Throughout his career, Lagerfeld was notoriously misogynistic. In a conversation with Carine Roitfeld, editor-in-chief of CR Fashion Book, he stated that it would be a shame to have an “ugly daughter” and that having children was for women, not for men. There is no shortage of fatphobic comments from the designer, including how he didn’t believe that the fashion industry had any relationship to eating disorders.

On the #MeToo movement

Lagerfeld also famously loathed the  #MeToo movement. In 2018, a year before his death, he said  "If you don’t want your pants pulled about, don’t become a model! Join a nunnery, there’ll always be a place for you in the convent." Classic victim blaming.

A year earlier, In 2017, when Angela Merkel was German Chancellor he made some very concerning anti-Semitic and islamophobic remarks about refugees. “One cannot – even if there are decades between them – kill millions of Jews so you can bring millions of their worst enemies in their place,” the designer told a French television show.

“I know someone in Germany who took a young Syrian and after four days said: ‘The greatest thing Germany invented was the Holocaust,” he added. This received backlash at the time but has since been glossed over.

Why? Because the fashion industry is marred with instances like these, where the focus on glamour and ‘beauty’ collides with a distinct lack of social awareness. Fashion designers do not receive the same vitriol as say, photographers. John Galliano bounced back as creative director of Maison Martin Margiela after his antisemitic remarks in 2011. Even the previous Met Gala theme, gilded glamour, seemed out of touch given it was held when covid deaths and financial instability were (and still are) key global concerns. 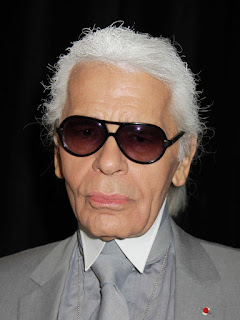 So when will fashion’s “Biggest night out” stop endorsing and celebrating bigoted white old men, and hold some accountability? Because this feels like a step backwards not forwards for the industry. Evidently, we need to focus on all the incredible BIPOC and female-fronted brands. Honouring designers such as Virgil Abloh or Vivienne Westwood would be a solution for the fashion gala and the industry as a whole.