The short answer is yes – of course, this is just another fast fashion brand’s attempt at being ‘sustainable’ by greenwashing the minds of their loyal customers and followers. Any of us that have the slightest ethical bone in our body could come out at that answer.

But for me this campaign has hit deeper, as I expected more of Love Island season eight’s ‘it girl’ Indiyah Pollack – who is now the face and ambassador of the Marketplace. As one of my favourite female contestants of the summer of love, I could only hope she wasn’t going to opt for a collaboration with a fast fashion brand, which we see come out of the show time and time again. After Gemma Owen was announced as part of the PLT family first – despite their social media posts hinting they were going to fight for Indiyah – there was something inside of me that hoped she had turned them down for something better. But, as we know, I was wrong. 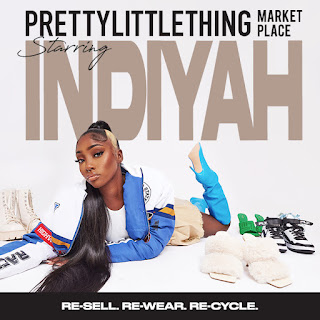 On the one hand, I’m glad to see her getting the well-earned partnerships and it is better to be the face of their attempt at breaking into the pre-loved market than bringing out another collection that buys into trends – but it is nothing short of greenwashing.

For those who are yet to find out what the PLT Marketplace is, it is a simple way for their customers to sell their secondhand items. They have access to their order history, which makes it simple to upload, which unfortunately is one of the selling points that would encourage individuals to opt for the Marketplace over having to input all the information themselves on resale apps, such as Depop, Vinted or eBay.

Simply put, PLT has set up this platform to prevent others from profiting from the resale of their clothing. It’s not unusual to see fast fashion items appear on Depop or Vinted, and why would PLT want the fees to go to these apps when they could keep it for themselves?

Marketplace will facilitate items being resold after only wearing them once, which is an ideology we need to move away from immediately. One of the main messages fast fashion brands promote is the need to constantly keep up with the trends and after you wear an item once, you’re left to question how you could ever be seen in person or on social media in it again.

Yes, we could argue a step like this is better than nothing, but how could the intentions behind it ever be pure when the company’s entire business model is built on unsustainable practices? They would not exist if trends did not thrive and people chose not to order new items every single day. 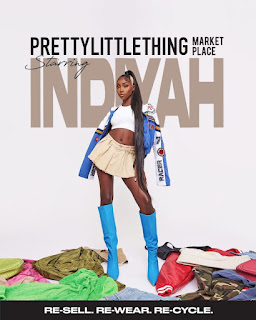 If they want to ‘disrupt the market’ like they claim to be doing, they would need to slow down the production of their clothing and stop encouraging the overconsumption of ever-changing trends. It is not possible for a brand like PrettyLittleThing to ever label themselves ‘sustainable’ and it be true.

Though fast fashion brands are a force to be reckoned with on their own, they are fueled by the role of the social media influencer – which, whether we want to admit it or not, we will have all fallen culprit to at some stage in our lives.

Don’t get me wrong, there are many who use their influence for good, but there are also those who put out ads for products and services they would never think to use – like the PLT Marketplace. Do you really think I am watching influencers show me the items they’ve added to their Marketplace to sell on, and trust they are ever going to open up the app and do it again? I’ll believe that when I see it.

There is money in sustainability and fast fashion brands want a piece of the action. Although we can’t stop campaigns like this from being launched, we can kickstart and continue conversations about why they are wrong and we should stick to what we know. There are a number of successful resale apps already on the market – so sorry PLT, but we don’t need your Marketplace.