An activist curator and cultural spokesperson, Kanika is a musician native to Baltimore, who deeply resonates with the injustices occurring on our doorstep. ‘It’s My Body’ is one of the highly anticipated songs on her 3rd solo album, coming Spring 2023. Invoking and facilitating conversations around important societal themes, Kanika’s work truly embodies the meaning of unity, female empowerment, and freedom of expression. Despite centralizing on heavy topics, such music proves technically beautiful and atmospheric.

Layering up-tempo dance tracks with soulful ballads over rock guitar, Kanika proves undefined by genre. Coupled with thought-provoking lyricism and powerful vocals, ‘It’s My Body’  encompasses a melodic narration of lived experiences from the United States. Not her first political statement in protest, Kanika sang for over 24 hours straight in Washington DC, to break the record of the longest filibuster and demand the Senate pass the Freedom to Vote Act. Also, a finalist in the Songs For Good national writing contest during the 2020 election cycle, her "Vote in 2020" soundtrack for democracy became one of the top TikTok sounds used by voters across the US - contrasting from The Real Housewives of Potomac to Sports Illustrated swimsuit models. A career day frequent flyer and TED Talk speaker, Kanika advocates for economic equality and has assisted over 1,000 unemployed Baltimore residents in receiving workforce training to acquire a healthcare career. 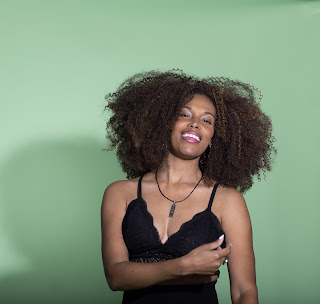 Darling were able to talk to Kanika below:

“It’s My Body” is a reproductive rights protest anthem. The song’s chorus, "It's My Body", along with many lyrics throughout the song was inspired by protest signs I would see women carry at abortion advocate rallies. This song talks about critical issues affecting humanity such as gun violence, climate change, voter rights and questions the priorities of our leaders when deciding what becomes law. In defiance, the song boldly states, a woman’s body should not be used for political control.

How has your role as a mother shaped your musical career?

My desire to be a thriving artist used to shape my decisions around motherhood. As a female in the music industry, it's much harder to break into the industry if you are a mother, wife, or a certain age. At some point in my career, I realized I could no longer give an entity such power over my life, my personal decisions, or my reproductive choices. Up until now, I don't think I ever realized how this parallels with women’s current fight for abortion rights- the right to choose when.

As a mother to a very active 4-year-old, I am increasingly conscious of managing my time so my music career does not overtake quality time. I want my daughter to see a strong woman-preneur who works hard, but plays even harder. A woman who stands up for what she believes in and fights to spread love.

I also am mindful of my daughter’s legacy, so I am intentional about the music I create, the lyrics I write and sing, and the images I share publicly. I am reminded that other people’s daughters are looking at me too. I’m not perfect or trying to be the “role model for society”, but I often ask myself, “how do I want to deliver my message?” “What do I want others to see?”  This serves as a check-in with myself to ensure I stay authentic as I am building my musical career. 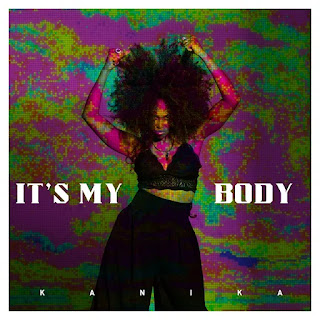 What do you hope to see as a response to this track?

I was unsure how people would respond to the bold statements made on this record. It's been encouraging to hear the responses from both women and men about what the messages in this song means to them.  As a singer, songwriter and “Artivist” who uses my gift of voice and music to inspire awareness and social change, I hope the message in this song can continue to spark conversation, empower more women to use their voice politically, and ignite people to get out and vote.

How do you think music plays a role in ‘artivism’?

I believe words are power and music can have a message. I create music because I believe in the power of music to amplify social change. Martin Luther King said it best, “Songs are the soul of a movement”. Music is a mobilizer, a connector, a unifier, and is the soundtrack to our lives. The role artists play is also a very important one. We have the power to not only amplify good but use our words to fuel participation in social movements. Now more than ever democracy is on the front line and messages, like 'It’s My Body', are as important today as were the protest songs in the 60’s.

What are your plans for the future?

‘It’s My Body' is one of the highly anticipated songs on my 3rd solo album, coming Spring 2023 on boutique label White collar Entertainment. I’m looking forward to sharing more music that presents simple, yet honest messages inspired to not only make people dance, but to uplift the world and inspire awareness and social change.

In my immediate future, however, there's so much at stake in the upcoming November elections, such as the possibility of overturning Roe V. Wade at a State level. Who is elected will determine a woman's reproductive rights choices along with other key issues that are important to our democracy. Right now my focus is on getting out the message for people to VOTE so we can overturn the Supreme Court's decision.