‘Do Revenge’ does Film Fashion Right

From a top made of orange zippers to a mint and lilac school uniform topped off with a beret, it is no surprise that everyone is talking about Netflix’s new original movie, ‘Do Revenge’. 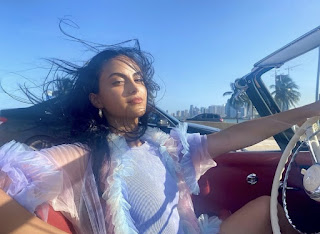 Following the new girl Eleanor Levetan (Maya Hawke) as she meets the fallen queen bee Drea Torres (Camilla Mendes), the two join together to carry out revenge on each-others enemies. ‘Do Revenge’ has been filling everyone’s social media feeds since its release in late September due to its references to cult classics and its cast of well-known stars from popular teen shows such as Euphoria, Stranger Things and even Buffy The Vampire Slayer’s own Sarah Michelle Gellar. But, most importantly, the movie has become incredibly important due to the fashion featured throughout. Combining the popular Y2K style with trends commonly seen in 90s coming of age movies, the costumes were set to be a hit.

When it comes to the styling for ‘Do Revenge’,  Costume Designer, Alana Morshead, had a desire to revive nostalgia by referencing all the teen pop culture movies she grew up watching. With a particular inspiration from the movies, Romy and Michele’s High School Reunion, Jawbreaker and Clueless. 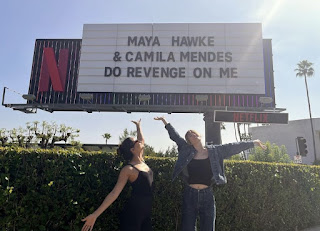 From this, Morshead told InStyle, “I wanted to take from that time period, but also make it feel present and be something that you could still wear 20 years from now.”

This is incredibly clear in the Rosehill School Uniform which heavily nods back to main character, Cher from Clueless with its pastel shades of lilac and mint school uniforms. The outfits are similarly finished off with extravagant accessories such as matching berets, capes and, of course, Y2K style accessories such as butterfly socks.

Drawing her inspiration from Korean uniforms, Morshead wanted to balance out the masculine and feminine energy of the typical scholar style. She further told InStyle, “I love how even at school with the Korean uniforms, the students always looks so put-together- the ties are always tied and it’s a full look”. Because of this, she wanted to ensure that the ties were a focal point of the uniform and therefore made them large bows in pastel colours to match the uniform. 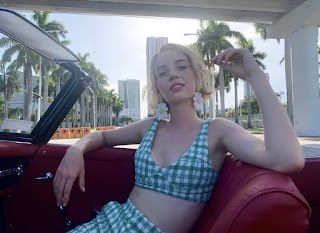 Moving onto outfits outside of their school, Drea and Eleanor’s looks are not only incredibly fashionable, but are used to reflect their different personalities whilst still simultaneously complimenting each other.

When sourcing Drea’s outfits, Morshead was largely inspired by ‘90s supermodels such as Naomi Campbell. This can be seen in Drea’s red houndstooth set which was inspired by a 1992 photo of Iman wearing a black and white check on check suit by Alaia (a brand also featured in Clueless).

In comparison, Eleanor’s makeover during the movie was largely inspired by a young Goldie Hawn. Because of this, Eleanor’s look had a large ‘hippie’ inspiration, with her outfits often using mod prints and warm tones. 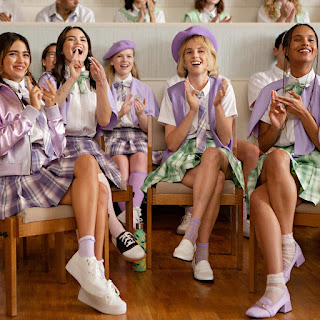 When gathering the costumes for the movie, Morshead said that she relied on several vintage shops, Ebay and independent female-owned businesses - a win for sustainability and modern filmmaking!

Morshead told InStyle, “fast fashion is a real problem now, and I’m in the position where I can showcase some cool women wearing sustainable pieces”. From this, the movie showcases an array of thrifted items, with Austin Abrams (Max) appearing in a second-hand teddy bear embroidered Gucci cardigan that Morshead got from Ebay for $300.

Alongside using second-hand and sustainable items, Morshead also created many of the iconic items using affordable and non-conventional items. At The Great Gatsby inspired party at the end of the movie, Drea is wearing a custom-made blue metallic chain strap dress, inspired by Cara Bruni’s 1995 metallic Versace gown. This was created using two chain belts found in a beauty supply store for $1.50 each, showing that you don’t need designer brands to be fashionable. 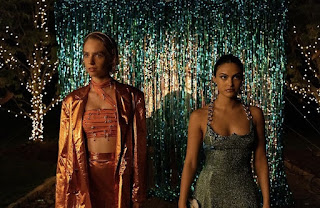 By looking at a variety of outfits from the movie, it’s incredibly clear that ‘Do Revenge’ is hitting all current Gen Z trends whilst also largely promoting more sustainable and affordable methods.

Sustainable fashion is not only an incredibly popular topic on social media at the moment, but it’s also very important in ensuring rights for factory workers and helping fight against fast fashion. Seeing such a popular movie such as ‘Do Revenge’ largely using sustainable outfits is definitely a really positive and effective step in the right direction for its promotion. Will ‘Do Revenge’ be the Clueless of the next generation?