Vegan leather has become one of the most commonly used materials from plants – but how ethical is it? 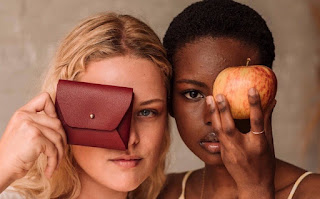 First of all, what is vegan leather?

The term vegan leather refers to materials that mimic leather but are made from synthetic or plant materials instead of animals.

There are two different kinds of plastic polymers that are used to make vegan leather: polyurethane (PU) and polyvinyl chloride (PVC). PETA says they are commonly used because of their wrinkled texture, which gives the appearance of real leather.

In addition to this, vegan leather can also be manufactured from more organic resources, including pineapple leaves, cork, apple peels, and recycled plastic. 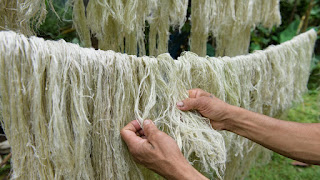 Is it a more sustainable option?

When investigating how sustainable vegan leather actually is, we must pay attention to its raw assets. This is because not all vegan leather is created in the same way.

As previously stated, some vegan leather is produced from recycled plastic. Despite having a lower environmental impact than real leather, it still has clear disadvantages, especially if it's made of plastic. Clothing made from plastic poses a threat during and after its lifespan since it can end up in water or landfills. The degrading process takes years and is likely to release toxic chemicals into the environment, which is incredibly unsustainable.

As well as this, ‘vegan’ leather is constantly plastered all over clothing websites such as Shein, which is the worst of the worst when it comes to fast fashion. The material is very easy to make, which is why it is displayed everywhere on fast fashion websites. Aside from this, it is more affordable than genuine leather since leather needs to be sourced from animals with the right skin and goes through several stages of artisanal production.

Putting this in perspective, those making 'vegan' leather for fast fashion websites are underpaid, working 75 hours a week, and earning as little as $2.77 per hour. 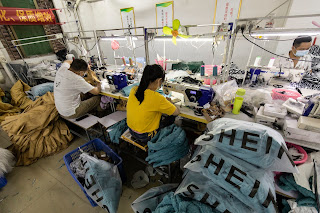 PVC is one of the main components of vegan leather, as discussed earlier. In order to make PVC flexible and wearable, phthalates are added. There is a high level of toxicity associated with phthalates on both the human body and the environment. Several countries have even banned them!

In spite of the fact that PU (the other material) is the most popular nowadays, PVC is still used to create faux leather products, which isn't always a good blend.

However, it is important to note that no animals are harmed when producing vegan leather (green flag!) – but this does not mean that it is the most eco-conscious option.

What should I buy instead?

If you are looking for a more environmentally friendly option, the answer is not so simple. It’s not vegan leather versus real leather, it’s about making informed choices and doing your research as thoroughly as you can.

Is the brand known for greenwashing its customers? Where/who will your money be going to? What materials does the brand use? Is this a brand you want to support?

Think carefully about the alternatives the brand uses before buying vegan leather, and understand that plastic-based products pose a significant threat to the environment.