Content warning: some of the language in this article quotes racist terms and describes abuse and r*pe.

This Wednesday (November 9th), Johnny Depp appeared in Rihanna’s latest Savage X Fenty show. Depp appeared dressed in khaki and beige, with backup dancers dancing to Outkast’s ‘So fresh, So clean’. It will come as no surprise that this has sparked huge social media controversy, for multiple reasons. 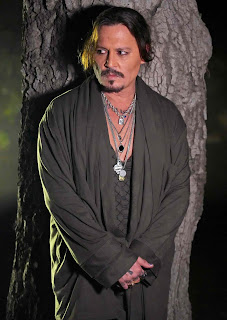 Firstly, many individuals were outraged that Depp is being given this platform, after the actor’s abusive relationship had been made so public. In London, the high court ruled that Depp did subject his then-wife, Amber Heard, to domestic abuse. Although the case was civil, therefore neither faced prison time, this ruling was to determine whether The Sun’s accusations of Depp being an abuser were true.

Whilst it can be said that Heard was also abusive and their relationship was extremely toxic, here we see, yet again, a male abuser being put on a pedestal and ‘forgiven,’ whilst Heard is socially crucified by fans. This is a pattern we see incredibly often. Depp himself has been the defender of many paedophiles and abusers: he spoke out for Roman Polanski who was accused of molesting minors, rapist Harvey Weinstein, and is friends with Marilyn Manson (the list is too long to name).

In fact, Depp’s relationship with Manson includes shared messages such as:

Depp to Manson: “It is my opinion that we will need a cave of some sort!!! I’m thinking de Sade styleyil Miss you and I’m here whenever!!!!” 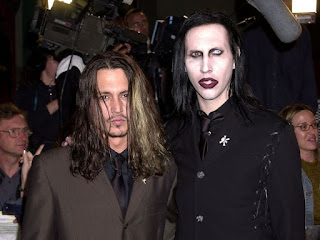 We would hope by now that this acceptance and defence of known abusers was over, but here we are watching Depp not only continue to be respected, but actually able to profit off of the abuse claims by fellow stars like Rihanna that are giving him these opportunities. Many are disappointed in Rihanna for this decision, being a survivor of abuse herself.

This includes Olly Alexander, British lead singer of Years and Years, who previously modelled for Savage X Fenty. Alexander has spoken out against Johnny Depp’s appearance stating, ‘I won’t be wearing it anymore.’ Out of all the beautiful and unproblematic models Rihanna could have chosen, this decision is very frustrating.

However, this is not the only issue with Depp’s appearance. Many others are questioning the problematic content of the video. All of the back-up dancers seen in the video are people of colour and, as previously mentioned, the song playing is by Outkast - a famous black hip-hop duo.

This has caused some controversy because of Depp’s racist past. When Depp starred in Lone Ranger, he actually (falsely) claimed that he was of native American descent during the movies promotion. Not only this, but Depp also used the term, “Injun”, which is a racially insensitive term that was originally used to mock the Native American accent. As well as this, Depp appeared in a Dior Sauvage ad that was removed due to accusations of cultural appropriation.

Again, people wondered then why Depp was cast in this role when there are so many unproblematic actors with actual Native American roots. Regardless of his blatantly racist past, surely a person of colour should have been given this opportunity anyway?

This isn’t even the end of it, Depp has also been accused of using the N slur on multiple occasions. Reportedly, he paid his ex-partner, Lori Anne Allison, over 1 million dollars to cover up a voicemail rant in which he repeatedly used the word, and in 2012 he covered the song ‘rock and roll n*****’ with Patti Smith and Flea. 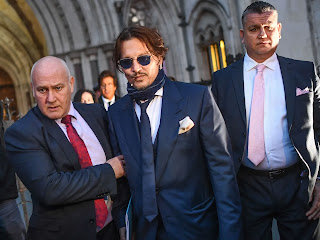 Considering this, it is easy to understand why viewers feel that Depp’s appearance in the video is, at best, cringeworthy.

Hopefully this can illuminate the reasons for the trending hashtag #DitchDepp. Unsurprisingly, but still disappointingly, there are many fans defending Depp’s public resurgence, so when people argue that men’s lives are ‘ruined’ by abuse claims in an aim to suppress survivors of abuse from coming out, we should be able to take a step back and see that this is absolutely not true.